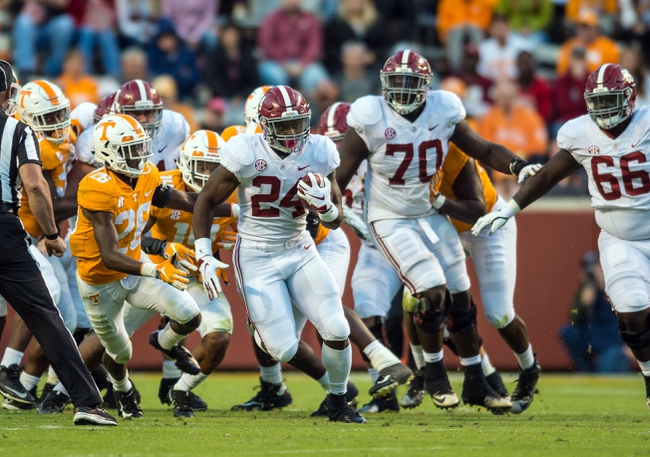 The Alabama Crimson Tide and the LSU Tigers meet in a top-5 SEC college football showdown from Tiger Stadium on Saturday night.

The Alabama Crimson Tide will look for another win to remain unbeaten after having a week to prepare following a 58-21 win over Tennessee in their last outing. Tua Tagovailoa has thrown for 2,066 yards and 25 touchdowns this season, while the running back tandem of Najee Harris and Damien Harris have combined to rush for 924 yards and 9 TDs while Josh Jacobs has 8 rushing scores alone this season. Jerry Jeudy leads the Tide with 31 grabs for 777 yards and 10 TDs, while Jaylen Waddle, Henry Ruggs III and Devonta Smith each have 400+ receiving yards, with Ruggs III leading the trio with 7 TDs this season. As a team, Alabama is averaging top-5 marks in total offence (564.2 YPG/2nd in FBS) and passing yardage (347.4 YPG/5th in FBS) while owning the country’s highest scoring offense with 54.1 points per game this season.

Baton Rouge is one of the hardest places in the country to go on the road and play let alone win, and 9 of the last 10 meetings between these two teams have been decided by 14 points or less, and between a pair of teams that play solid defense, the points hold lots of value here. However, the Tide have had this game circled on their calendar since the beginning of the season, and are far superior offensively than LSU. Sure, the Tigers can hold their own and put points up, but Alabama is flat out rolling right now and going against the Tide hasn’t paid off at all for me this season, so I’ll lay the points in a game I’d much rather just watch than bet.