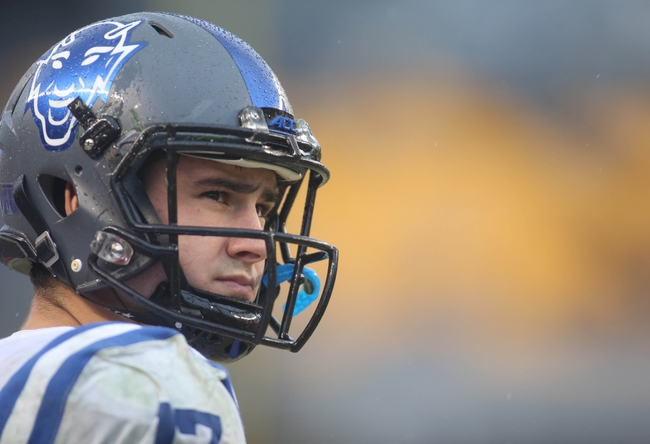 The Duke Blue Devils and the Miami Hurricanes will meet up in ACC college football activity on Saturday from Hard Rock Stadium.

Duke comes in here with a 5-3 record overall. The Blue Devils have taken out Army, Northwestern, Baylor, NC Central and Georgia Tech but fallen to Virginia Tech, Virginia and Pittsburgh.

In the Pitt game, Duke QB Daniel Jones logged 396 yards with four touchdowns, while Deon Jackson put up 162 yards on the ground. Tops in receiving for the Devils was Johnathan Lloyd with 136 yards and a TD from seven grabs.

Over on the Miami side, they’re sitting at 5-3 this year. The Hurricanes’ wins have come against Savannah State, Toledo, FIU, UNC and Florida State while they’ve lost to LSU, Virginia and Boston College.

In the BC game, Miami QB Malik Rosier put up 150 yards with a TD and two picks, also leading the team in rushing on 71 yards. Travis Homer was the top Hurricanes receiver on 46 yards from four catches.

Duke is now sitting on three losses in their last four games, which is a bit unsettling. That said, the Devils have played some tough teams in that stretch, and aside from a bad fourth quarter they could have eked out a win versus Pitt.

As for Miami, They’re in something of the same boat with two straight losses and just 27 points scored between them. Still, the defense has been reasonably solid in those games and they’ve played pretty well this season. I have to go with the ‘Canes here.