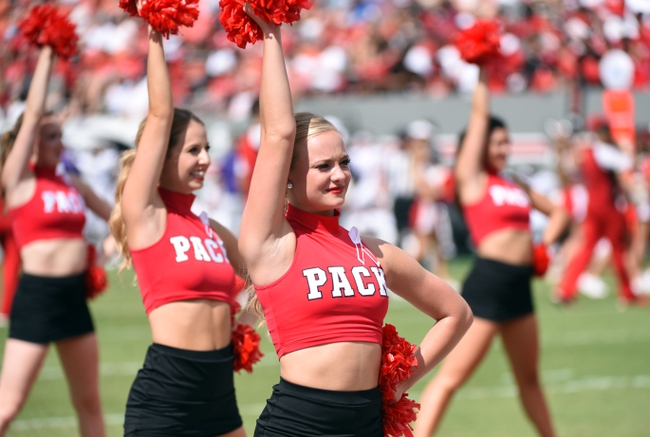 The Florida State Seminoles and the NC State Wolfpack will be meeting up at Carter-Finley on Saturday in ACC college football activity.

Florida State enters this one at 4-4 on the season so far. The Seminoles have taken out Samford, Northern IL, Louisville and Wake Forest this year while dropping to Virginia Tech, Syracuse, Miami (FL) and Clemson.

In the Clemson game, Florida State QB Deondre Francois logged 180 yards and an INT, and Jacques Patrick led the rush on a paltry 17 yards. Keyshawn Helton put up 100 yards and a TD off three grabs to lead the Seminoles receivers.

Over on the NC State side, they’re 5-2 this season. The Wolfpack have taken out James Madison, Georgia State, Marshall, Virginia and Boston College but fallen in their last pair to Clemson and Syracuse.

In the Syracuse game, NC State QB Ryan Finley put up 473 yards with three TDs and a pick, and Reggie Gallaspy logged 65 yards and a score on the ground. Tops in receiving was Kelvin Harmon with 247 yards and two scores off 11 catches.

As for NC State, they were also blown out by Clemson but came back to stand pretty tall against Syracuse (51-41). This should be a pretty interesting matchup, and considering NC State is coming out of a ranked gauntlet I expect them to play well here. Give me the Pack.