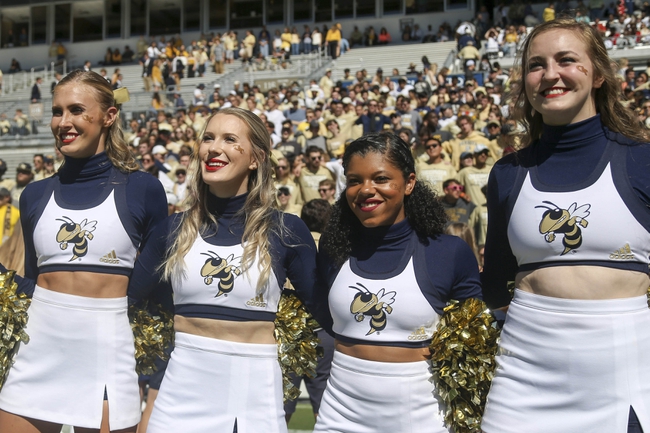 The Georgia Tech Yellow Jackets and the North Carolina Tar Heels will be meeting up in ACC college football action on Saturday from Kenan Memorial Stadium.

Georgia Tech comes into this game with a 4-4 record overall. The Jackets have fallen to South Florida, Pittsburgh, Clemson and Duke, but beaten Alcorn State, Bowling Green, Louisville and Virginia Tech.

In the VT game, Georgia Tech QB Tobias Oliver was 0-for-1 passing for zero yards, but his 215 yards and three touchdowns from 40 carries did the entirety of the work. Second in rushing for the Jackets was Jordan Mason, with 82 yards and three TDs of his own.

Over on the UNC side, they’re 1-6 on the season. The Tar Heels’ lone win came against Pittsburgh, and otherwise they’ve fallen to Cal, East Carolina, Miami (FL), Virginia Tech, Syracuse and Virginia.

In the Virginia game, UNC QB Nathan Elliott put up 271 yards and two scores, with Michael Carter leading the rush on 42 yards and a TD. Beau Corrales topped the receivers for the Heels with 62 yards and four catches.

UNC has been pretty darn inconsistent this season (more so on the downside), and there’s no telling what we’ll get here. I’m a little leery of trusting the Heels defense here, so I’m going to go with GT for the cover.