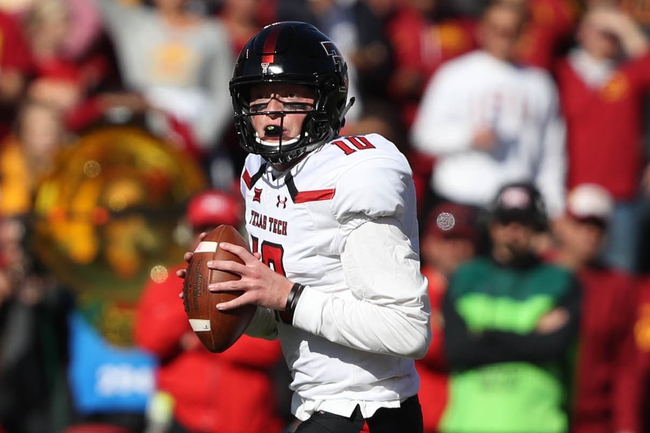 The Oklahoma Sooners look for their third road victory of the season to remain in the thick of the college football playoff conversation. The Oklahoma Sooners haven’t lost a road game since October of 2014. Kyler Murray is completing 73.2 percent of his passes for 2,329 yards, 28 touchdowns and three interceptions. Murray has three or more touchdown passes in each of his last seven games. Marquise Brown and CeeDee Lamb have combined for 1,312 receiving yards and 16 touchdowns while Lee Morris has 12 receptions. The Oklahoma Sooners ground game is averaging 237.2 yards per contest, and Trey Sermon leads the way with 516 yards and five touchdowns. Defensively, Oklahoma is allowing 25.6 points and 380.9 yards per game. Kenneth Murray leads the Oklahoma Sooners with 92 tackles, Curtis Bolton has 3.5 sacks and Parnell Motley has three interceptions.

The Oklahoma Sooners have followed up their loss to the Texas Longhorns with two victories by an average of 31 points. The Texas Tech Red Raiders are coming off a poor loss last week to Iowa State and have now given up 40-plus points in four of their first eight games. The Oklahoma Sooners have split their last 10 games ATS when a double-digit favorite. The Texas Tech Red Raiders have covered five of their last six games when a double-digit underdog. It's tempting to take double-digit points with the home team under the lights. Texas Tech is sure to be jacked up and the crowd will be out in full force. The problem is Oklahoma is a scoring machine and Texas Tech has shown little defensive fight for half the season. The Red Raiders will run out of gas in this one, and the Sooners pull away late.