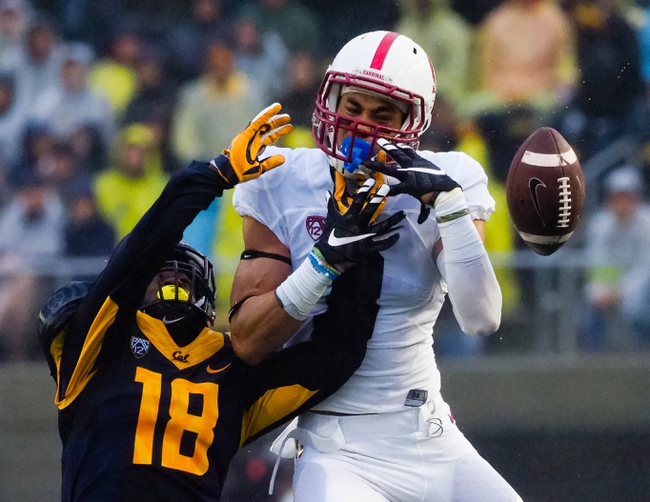 Ronnie Rivers paced Fresno State on the ground with 125 yards on eleven totes including a 76 yard scoring jaunt while catching a nine yard TD pass. KeeSean Johnson led the Bulldogs with eight receptions for 102 yards while Jared Rice caught six passes for 70 yards and a score.

The UNLV Rebels have suffered through four consecutive defeats following a 50-37 loss at San Jose State which was the Spartans first win. UNLV held a 554-506 edge in yards but gave the ball away three times.

Rebels quarterback Max Gilliam connected on 28-50 for 387 yards and four touchdowns and three costly interceptions including a pick six.

Lexington Thomas led UNLV on the ground with 61 yards on 19 carries while Gilliam ran for 56 yards and a TD on ten attempts.

Tyleek Collins enjoyed a career day for the Rebels with nine receptions for 170 yards and four touchdowns.