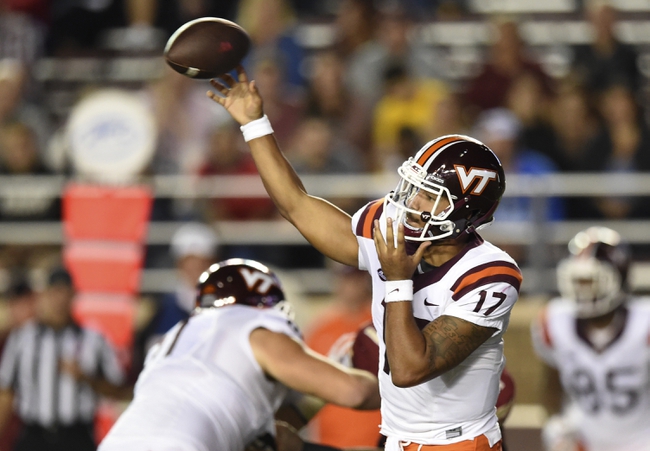 The Boston College Eagles and the Virginia Tech Hokies will meet up in college football action from the ACC at Lane Stadium Saturday.

Boston College comes into this game at a solid 6-2. The Eagles have fallen to Purdue and NC State but taken out UMass, Holy Cross, Wake Forest, Temple, Louisville and Miami (FL).

In the Miami game, Boston College QB Anthony Brown put up 152 yards, one TD and a pick, and AJ Dillon logged 149 yards and a TD on the ground. Travis Levy logged one catch for 31 yards to lead the BC receivers.

As for Virginia Tech, they’re sitting at 4-3 this year. The Hokies have beaten Florida State, William & Mary, Duke and UNC but fallen to Old Dominion, Notre Dame and Georgia Tech.

In the GT game, Virginia Tech QB Ryan Willis put up 201 yards and two scores, and Steven Peoples logged 51 yards on six carries. Damon Hazelton led the Hokies receivers on his 81 yards and one TD from six catches.

Boston College does a lot of things well, and they’re a complete enough team that the offense can pick up the defense and vice versa. The Eagles have also scored at least 23 in each of their last four games.

As for VT, they’ve had some good showings but also a few stinkers. The Hokies simply aren’t built to rein in a team like GT—hence the 49 points allowed—but do have the goods to hang around against a lot of other squads.

Still, I like the Eagles to keep rolling here.