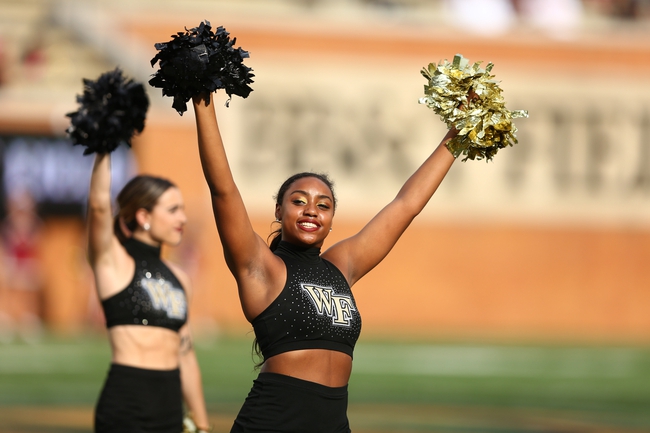 The Syracuse Orange will take on the Wake Forest Demon Deacons in ACC college football action on Saturday from BB&T Field.

Syracuse sits at 6-2 on the year so far. The Orange have fallen to Clemson and Pittsburgh this season while taking out Western MI, Wagner, Florida State, Connecticut, UNC and NC State.

In the NC State game, Syracuse QB Eric Dungey logged 411 yards and three scores, while Dontae Strickland put up 43 yards and a TD on 11 carries. Sean Riley led the Orange receivers with his 164 yards off 10 grabs.

Over on the Wake Forest side, they’re sitting at 4-4 this season. The Deacons’ losses have come courtesy of Boston College, Notre Dame, Clemson and Florida State, while they’ve taken out Tulane, Towson, Rice and Louisville.

In the Cardinals game, Wake Forest QB Sam Hartman had 223 yards with two TDs, andMatt Coburn had 243 yards and three touchdowns on the ground. Greg Dortch led the Deacons receivers with 135 yards from eight catches.

Syracuse looked like a juggernaut earlier in the year but they’ve had a couple of relative scares in their last two games following that surprise Pitt loss. The good news is that the Orange are still scoring, with at least 37 in each of their last three outings.

As for Wake Forest, they had a lull for a couple of games but seem to have found their groove offensively after 56 points versus Louisville.

Considering that, and Syracuse’s unpredictability, I’m going to go with the Deacons here.