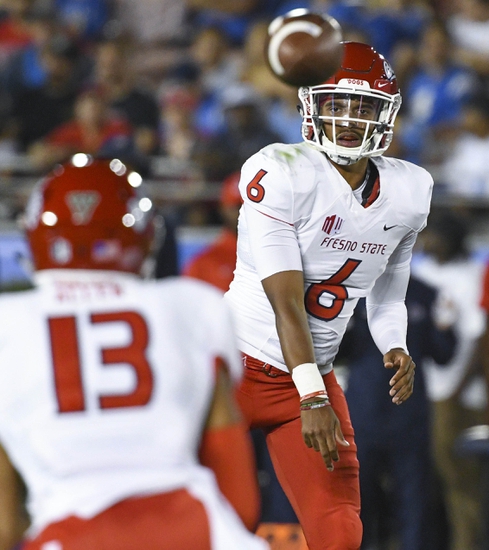 The 23rd ranked Fresno State Bulldogs will travel to Albertsons Stadium to take on the Boise State Broncos this upcoming Friday night in College Football action.

Boise State didn’t look that great agianst a solid BYU defense at home and things are not going to get any easier for the Broncos as they face a Bulldogs defense that ranks T-2nd in scoring defense in the country. Boise State has a decent defense however, they do rank just 74th in passing defense which the Bulldogs Marcus McMaryion should be able to take advantage of. Fresno State fell to Boise State last year at Albertsons Stadium in the Mountain West finals however, I think the Bulldogs are just the better team on both ends of the football and as long as they limit the damage done by Brett Rypien, I think they cover this small road spread. Take Fresno State to cover.