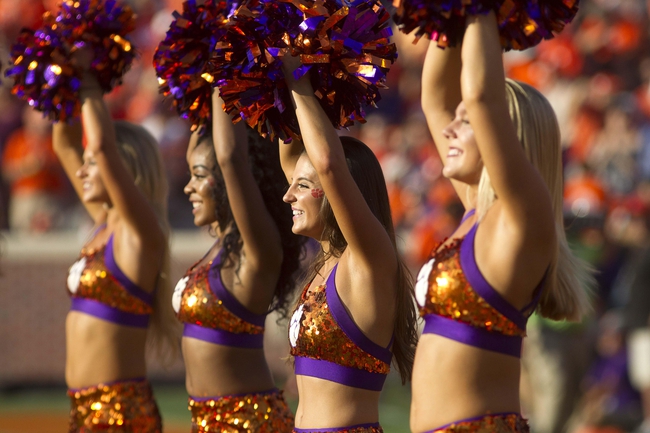 The Clemson Tigers will visit the Boston College Eagles at BC Alumni Stadium on Saturday in ACC college football action.

In the Cardinals game, Clemson QB Trevor Lawrence put up 59 yards, two TDs and one pick, and Travis Etienne was the top receiver with 153 yards and a score off eight grabs. Tops in receiving for the Tigers was Justyn Ross with 74 yards and a score from two grabs.

Over on the Boston College side, they’re 7-2 this year. The Eagles’ losses came to NC State and Purdue, and they’ve beaten UMass, Holy Cross, Wake Forest, Temple, Louisville, Miami (FL) and Virginia Tech.

In the VT game, Boston College quarterback Anthony Brown managed 177 yards and a score, and AJ Dillon was the top rusher on 96 yards and a TD. Tommy Sweeney led the receivers for the Eagles on 61 yards and four catches.

Aside from a weird Texas A&M game early in the season, Clemson hasn’t really been tested outside of the Syracuse game a while back. Since then they’ve been obliterating their opponents, and they hung 77 points on poor old Louisville.

Boston College is a pretty plucky team though, and they might be able to give Clemson a bit of a game. I expect the Tigers to win, but the Eagles are good enough to eke out a cover on this thick line.