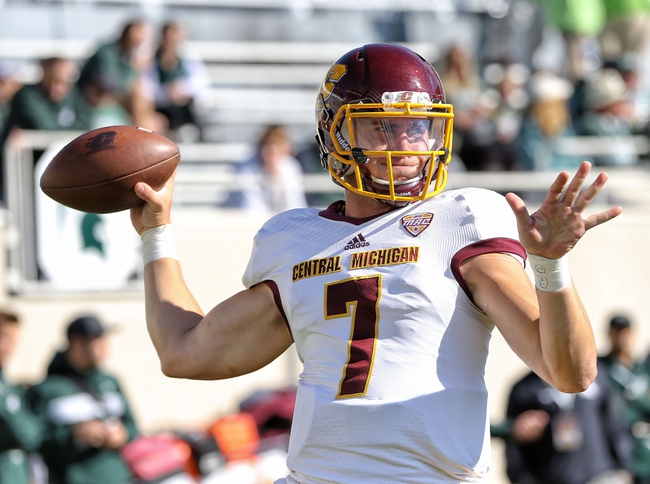 The Bowling Green Falcons will travel to Kelly/Shorts Stadium to take on the Central Michigan Chippewas this Saturday afternoon in College Football action.

This is not going to be the most exciting of matchups this season however, at least one of these teams will have a conference win after this one is over. Central Michigan has been competitive over the last two weeks on the road agianst Akron and Eastern Michigan and although their offense ranks just 129th in scoring offense, they will have a chance to finally put up some points on the board agianst a Bowling Green defense that ranks just 129th in scoring defense. Central Michigan should have some success agianst the Bowling Green passing game and although it’s hard to take a team that is ranked next to last in College Football in scoring that is favored by more than a TD, that’s what I’m going to do as I think Chippewas win by double digits at home in this one.