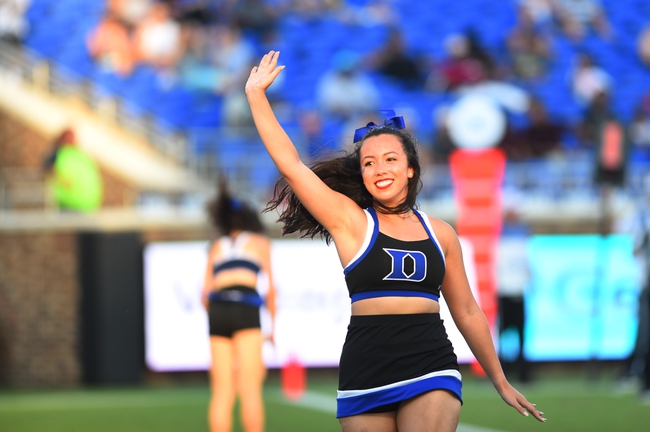 The North Carolina Tar Heels and the Duke Blue Devils will be meeting up at Wallace Wade Stadium for an ACC college football battle on Saturday.

Over on the Duke side, they’re 6-3 this season. The Devils’ losses have come against Virginia Tech, Virginia and Pitt, while they’ve beaten Army, Northwestern, Baylor, NC Central, Georgia Tech and Miami (FL).

In the ‘Canes game, Duke QB Daniel Jones put up 130 yards and a pick, and Deon Jackson logged 113 yards and a TD on the ground. Johnathan Lloyd managed 40 yards from five grabs to lead the Devils receivers.

You can point to the Tar Heels’ miserable record and draw some immediate conclusions, but the truth is that they’ve been in most of their games—they just haven’t been able to finish and have simply been making too many mistakes.

As for Duke, they’ve been playing pretty well overall but have hit a few inconsistent rough patches. The line here is thick enough that I’m comfortable taking North Carolina to sneak in and cover.