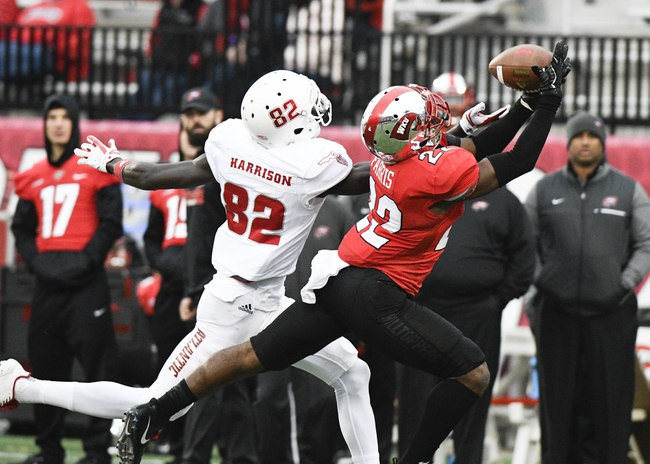 The Florida Atlantic Owls and the Western Kentucky Hilltoppers will match up in college football action Saturday from FAU Stadium.

In that Middle Tennessee game, Western Kentucky QB Drew Eckels had 195 yards passing while Gino Appleberry managed 29 yards on the ground. Leading the Hilltoppers receivers was Jacquez Sloan with 89 yards on four catches.

Over on the FAU side, they’re 4-5 this year. The Owls have lost to Oklahoma, UCF, Middle Tennessee, Marshall and LA Tech while taking out Air Force, B-CU, Old Dominion and FIU.

In the FIU game, Florida Atlantic QB De’Andre Johnson put up 67 yards with two scores and Devin Singletary did most of the work with 184 yards and three rush TDs. Tops in receiving for FAU was Jovon Durante with 55 yards and two scores off four grabs.

There really isn’t much to get excited about when it comes to Western Kentucky. They’ve been close in a majority of their losses, but they’ve also put up some stinkers that were not great efforts at all.

As for FAU, they had a two-game stretch where they only scored 20 points but did put up 49 versus FIU in their last outing. The line is pretty thick in this one but all in all I think FAU has the goods to get it.