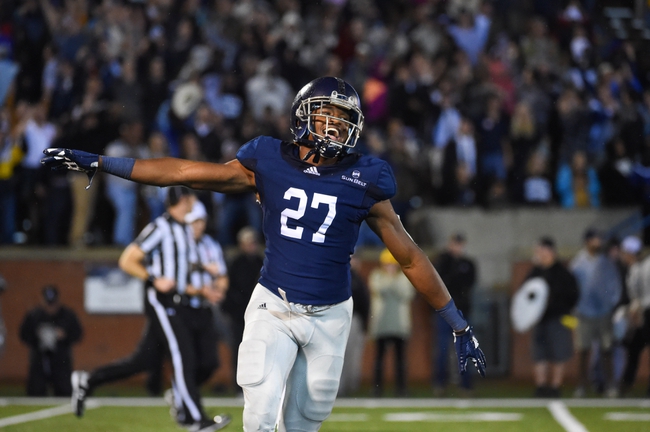 The Georgia Southern Eagles and the Troy Trojans will match up in college football action Saturday from Paulson Stadium.

In the LA-Monroe game, GA Southern QB Shai Werts put up 78 yards and a TD, with Wesley Fields leading the rush on 73 yards. Tops in receiving for the Eagles was Davarius BArgnare with 23 yards on three catches.

Over on the Trojans side, they’re sitting at 7-2 as well. Troy’s losses came to Liberty and Boise State, and they’ve beaten Florida A&M, Nebraska, LA-Monroe, Coastal Carolina, GA State, South Alabama and Louisiana.

In the Cajuns game, Troy QB Sawyer Smith put up 317 yards with one TD and BJ Smith was the lead rusher on 103 yards and a score. Damion Willis put up 213 yards and a TD on 10 grabs to lead the Trojans receivers.

Georgia Southern couldn’t really do much against LA-Monroe their last time up, which put an end to a run of five straight wins and some pretty solid play from the Eagles mixed in there.

As for Troy, they’ve had a couple of stinkers as well but on the whole are putting up pretty consistent performances. I like the Trojans to keep it going here and manage a cover.