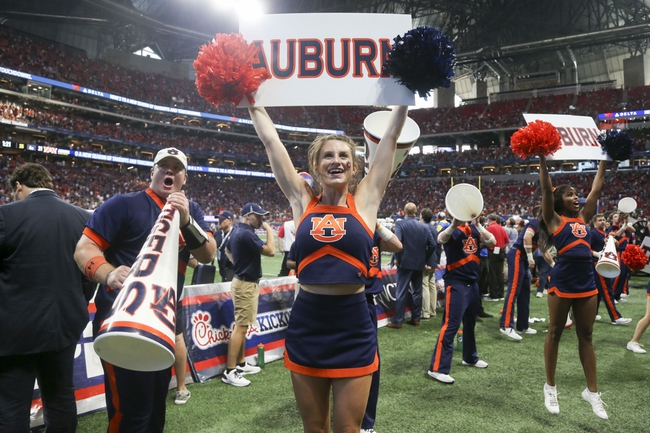 The Auburn Tigers will take on the Georgia Bulldogs on Saturday evening out at Sanford Stadium in a college football battle.

Auburn comes in here at 6-3 on the season. The Tigers have fallen to LSU, MS State and Tennessee but taken out Washington, Alabama State, Arkansas, Southern Miss, Mississippi and Texas A&M.

In the Texas A&M game, Auburn QB Jarrett Stidham put up 239 yards and two scores, and JaTarvious Whitlow led the rush on 16 yards. Darius Slayton was the top receiver for the Tigers with 107 yards off eight catches.

Over on the Georgia side, they’re sitting pretty at 8-1. Aside from a loss to LSU, the Bulldogs have otherwise taken out Austin Peay, South Carolina, Middle Tenn, Missouri, Tennessee, Vanderbilt, Florida and Kentucky.

In the Kentucky game, Georgia QB Jake Fromm managed 113 yards and a TD while D’Andre Swift logged 156 yards and two TDs on the ground. Jeremiah Holloman put up 39 yards on four catches to lead the Bulldogs receivers.

Auburn’s rush game was pretty abysmal against Texas A&M in their last appearance, but it’ll go down as a W and that’s all that matters. That said, the Tigers have been pretty solid in most of their games this year and could easily have a couple more wins had things gone a bit differently.

As for Georgia, there aren’t a whole lot of bad things to say about them outside of that LSU game, where they were simply overmatched and didn’t play too well.

I expect the Bulldogs to win, but the line is just thick enough for me to think Auburn can get in there.