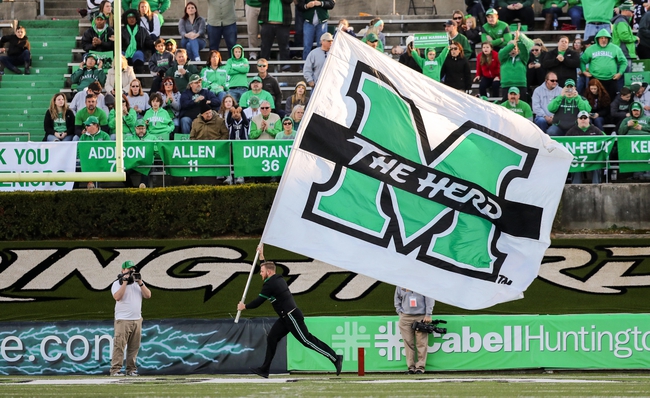 The Marshall Thundering Herd and the Charlotte 49ers will be meeting up at Joan C. Edwards Stadium on Saturday in college football activity.

Charlotte enters this one at 4-5 on the year. The Niners have taken out Fordham, Old Dominion, Western KY and Southern Miss while falling to App State, UMass, UAB, Middle Tennessee and Tennessee.

In the Vols game, Charlotte QB Evan Shirreffs put up 152 yards and a pick, while Ben Lemay led the rush on 81 yards. Rico Arnold was the top Charlotte receiver with 55 yards from five catches.

Over on the Marshall side, they’re 5-3 this year. The Herd have taken out Miami (OH), Eastern KY, Western KY, Old Dominion and Florida Atlantic while falling to NC State, Middle Tennessee and Southern Miss.

In the Southern Miss game, Marshall QB Isaiah Green logged 169 yards, one TD and one pic, and Keion Davis led the rush with just 22 yards. Marcel Williams had a busy day through the air with 139 yards on seven grabs.

The Tennessee game was a weird one for Charlotte, as they put up their worst scoring performance of the season with three points—yet still bucked down and held the Vols scoreless after they put up 14 in the first quarter.

As for Marshall, they’re coming off a tough loss as well, breaking a potential three-game win streak and failing to improve a whole lot on the 73 points they put up in their previous two games.

I like Marshall to bounce back here and put up a nice performance, but the line is a little thick for me so I’m going Niners.