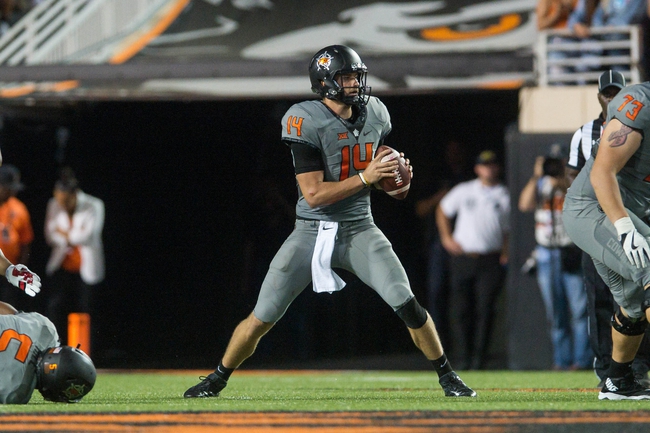 Taylor Cornelius gave the Cowboys a dependable passing attack completing 24-41 for 289 yards and a touchdown while running 12 times for 19 yards and a score.

Justice Hill was the top OSU runner with 119 yards on 18 carries with a TD while catching two passes for 12 yards. Chuba Hubbard added 51 yards on ten totes. Tylan Wallace paced the Oklahoma State receiving corps with eight receptions for 122 yards and a score followed by Tyron Johnson with 81 yards on eight catches.

The Oklahoma Sooners are sill eying a spot in the playoffs and have doing their part with three straight wins following a 51-46 decision at Texas Tech on Saturday. Oklahoma amassed 683 yards with a pair of turnovers the Red Raiders totaling 473 yards.

Sooners quarterback was the star of the game with 350 passing yards and three touchdowns and a pair of interceptions while rushing for 100 yards and another touchdown on eleven carries.

Trey Sermon was the Oklahoma workhorse on the ground with 206 yards and three TD’s on 25 carries while Lee Morris topped the receiving corps with four receptions for 101 yards and two scores.