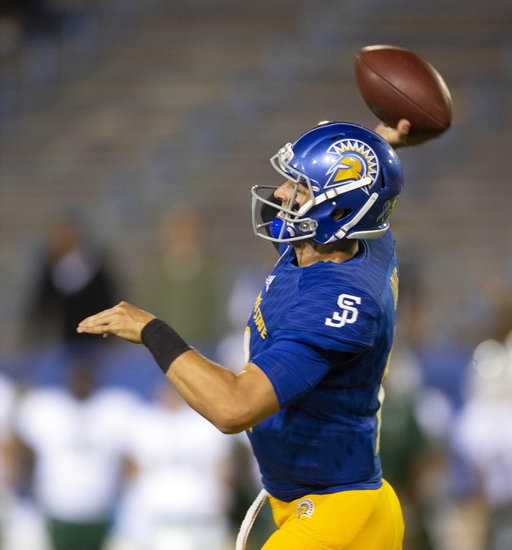 The San Jose State Spartans will travel to Romney Stadium to take on the Utah State Aggies this upcoming Saturday afternoon in College Football action.

San Jose State is having another tough season, however, there are some positives to take from this season as they were competitive in losses at Oregon & San Diego State and have a decent passing attack led by Josh Love that ranks 44th in College Football. Utah State has been outstanding this season as after almost upsetting Michigan State on the road to kick off the season, the Aggies have done nothing but win led by a balanced offensive attack that ranks 33rd in the country in both passing & rushing. Utah State is going to put up some points, however, the Spartans have a bit more fight in them then we saw last season and as I think the Spartans passing attack will be able to put up some points, I think this is just too many points not to take. Take San Jose State and the points.