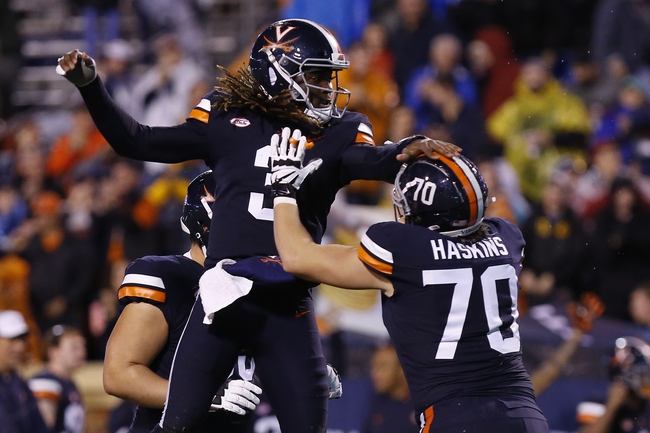 The Liberty Flames and the Virginia Cavaliers will be meeting up at Scott Stadium on Saturday in college foorgall action.

Liberty is currently 4-4 on the year. The Flames’ wins have come against Old Dominion, New Mexico, Troy and Idaho State while they’ve fallen to Army, North Texas, NM State and UMass.

Over on the Virginia side, they’re 6-3 this year. The Cavaliers’ wins have come against Richmond, Ohio, Virginia, Miami (FL), Duke and UNC while they’ve lost to Indiana, NC State and Pitt.

In the Panthers game, Virginia QB Bryce Perkins put up 205 yards and a TD, and Jordan Ellis led the rush on 46 yards. Terrell Jana was the top Cavs receiver with his 71 yards and one TD on three grabs.

Liberty’s game against UMass was an OT thriller, but when the clock stopped it was a tough 62-59 loss for the Flames. Still, it continues a nice trend of big scoring for Liberty—they’ve just got to tie things up on the other side.

As for the Cavs, they’ve been mightily inconsistent this year, but have put up some nice efforts against quality teams. Virginia is still prone to offensive ineptitude at times, however.

I think the Flames have enough juice in the tank to bang out a cover here on a very thick line.