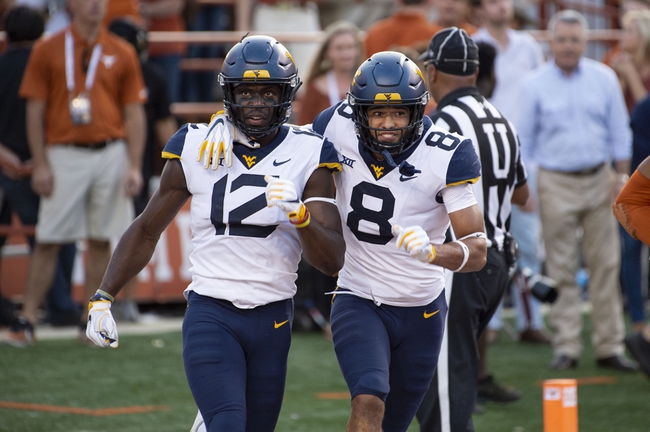 The Texas Christian Horned Frogs kept their Bowl hopes alive for another week as they squeezed by visiting Kansas State 14-13. TCU was outgained 301-275 and held the ball for less then 25 minutes but evened things out with  3-1 turnover advantage.

Horned Frogs quarterback Michael Collins completed 17-33 for 218 yards and a touchdown but struggled throughout to establish consistency.

The Texas Christian rushing attack was non-existent with Darius Anderson leading the way 48 yards on 13 carries including a trip to the end zone with Collins managing 22 yards on seven attempts.

The West Virginia Mountaineers stayed in contention for the Big-12 title with a 42-41 victory at Texas. Defense was optional with West Virginia amassing 578 yards and allowing 520 yards with Will Grier running for a two point conversion in the waning seconds.

David Sills V topped an explosive Mountaineers passing attack with six catches for 97 yards and a pair of TD’s while Kennedy McKoy and Marcus Simms combined for eight receptions for 110 yards.