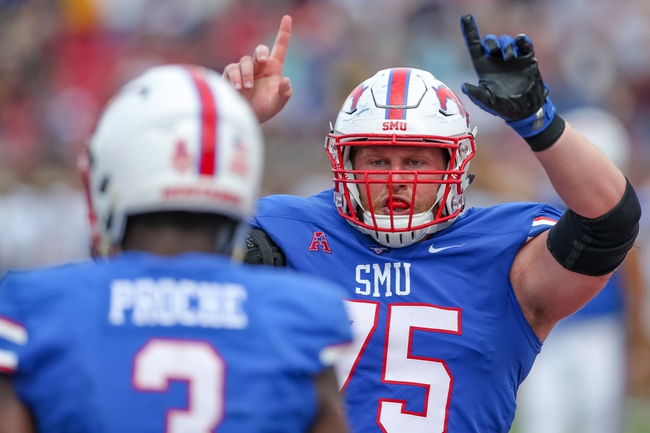 The Memphis Tigers look for a third straight victory to possibly improve the quality of their upcoming bowl game. The Memphis Tigers have lost three of their last four road games. Brady White is completing 64.3 percent of his passes for 2,512 yards, 22 touchdowns and three interceptions. White has two or more touchdown passes in six of his last eight games. Damonte Coxie and Tony Pollard have combined for 1,257 receiving yards and 10 touchdowns while Darrell Henderson has 15 receptions. The Memphis Tigers ground game is averaging 270.2 yards per contest, and Henderson leads the way with 1,446 yards and 17 touchdowns. Defensively, Memphis is allowing 30.5 points and 400.7 yards per game. Curtis Akins leads the Memphis Tigers with 69 tackles, Bryce Huff has six sacks and T.J. Carter has one interception.

The SMU Mustangs look for a third straight victory to become bowl eligible for the second straight season. The SMU Mustangs have won three of their last four home games. William Brown is completing 62.4 percent of his passes for 625 yards, seven touchdowns and one interception. Ben Hicks and William Brown have combined for 23 touchdown passes and five interceptions this season. James Proche and Reggie Roberson Jr. have combined for 1,530 receiving yards and 15 touchdowns while Braeden West has 29 receptions. The SMU Mustangs ground game is averaging 130 yards per contest, and West leads the way with 536 yards and six touchdowns. Defensively, SMU is allowing 36.8 points and 430.9 yards per game. Kyran Mitchell leads the SMU Mustangs with 69 tackles, Richard Moore has 4.5 sacks and Shaine Hailey has one interception.