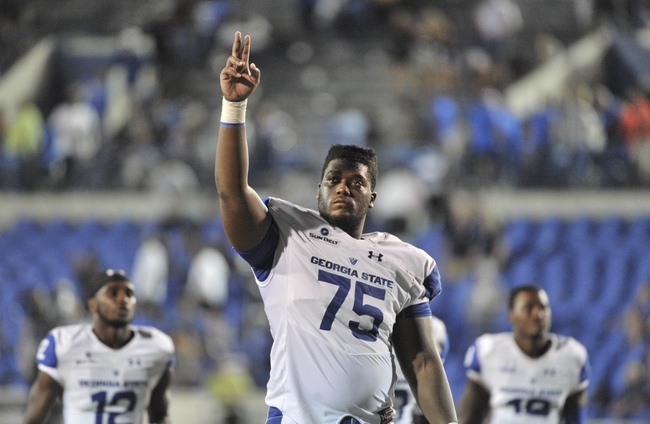 The Appalachian State Mountaineers and the Georgia State Panthers face off on Saturday in week 12 college football action at Kidd Brewer Stadium.

Georgia State enters this one at 2-8 on the year. Aside from wins over Kennesaw State and LA-Monroe, the Panthers have fallen to NC State, Memphis, Western MI, Troy, Arkansas State, Coastal Carolina, Texas State and Louisiana.

In the Cajuns game, Georgia State QB Aaron Winchester put up 121 yards, one TD and one pick, and Tra Barnett logged 82 yards from 15 totes. Cornelius McCoy was the top Panthers receiver on 60 yards from two grabs.

Over on the Appalachian State side, they’re 7-2 on the season. The Mountaineers have fallen to GA Southern and Penn State this year, but beaten Charlotte, Gardner-Webb, South Alabama, Arkansas State, Louisiana, Coastal Carolina and Texas State.

In the Texas State game, App State QB Zac Thomas had 247 yards and a pair of TDs, while Darrynton Evans rushed for 86 yards and two scores of his own. Collin Reed was the top receiver for the Mountaineers on three catches, 52 yards and a TD.

If it’s any consolation, Georgia State has been scoring pretty consistently lately despite their crummy record. In each of their last six games, the Panthers have put up at least 20 points, but allowed a ton more on the other side.

As for App State, they’ve been mowing down the competition outside of that 34-14 loss to GA Southern and look to be hitting their groove quite well. Despite the enormously thick line I’m going with the Mountaineers for the cover here, since they’re red-hot ATS lately and the Panthers are quite the opposite.