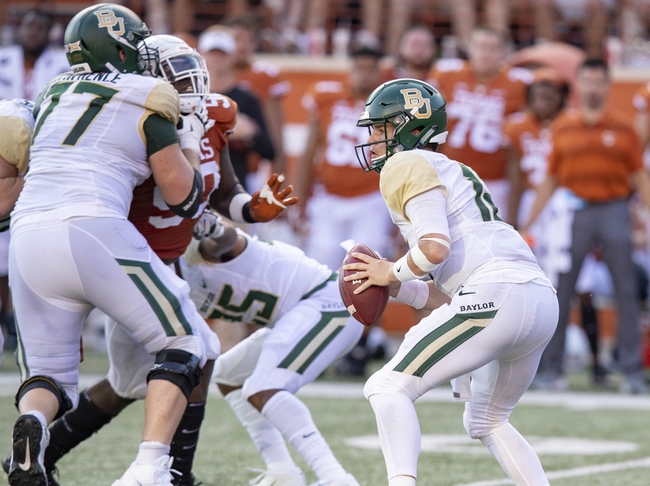 The TCU Horned Frogs go on the road to take the field with the Baylor Bears in Big-12 college football action on Saturday.

The Texas Christian Horned Frogs haven’t been consistent offensively and had a breakdown on defense as well in a 47-10 loss at West Virginia in week eleven. Texas Christian was outgained 535-222 and had no success running the ball.

Horned Frogs quarterback Michael Collins connected on 22-37 for 22- yards and a touchdown and lost nine yards on eleven rushes.

TCU needed to establish the run to keep the football away from the Mountaineers but Darius Anderson and his 19 yards led the team. Jalen Reagor was the Horned Frogs top receiver with eleven receptions for 150 yards and a touchdown.

The Baylor Bears drive for Bowl eligibility was sidetracked in a 28-14 defeat at Iowa State. Baylor had a 505-357 edge in real estate and held the ball for 35 minutes and did everything right except score.

Bears quarterback Charlie Brewer completed 26-36 for 288 yards and a pair of touchdowns with Jalen McClendon just 3-12 for 71 yards.

Brewer topped Baylor on the ground with 72 yards on 12 carries with Jalen Hurd running eight times for 46 yards while catching five passes for a game high 81 yards.