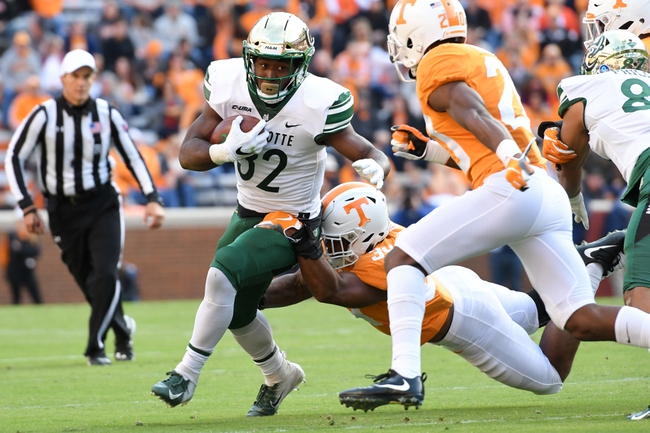 Golden Panthers quarterback James Morgan was dominant completing 19-29 for 291 yards and three touchdowns while rushing four times for a loss of ten yards.

Shawndarrius Phillips was the top FIU runner with 64 yards on ten touches with Napoleon Maxwell and Christian Alexander each running for scores.

The Charlotte 49ers have generally been tough score on but that wasn’t the case in a 30-13 defeat at Marshall in week eleven. Charlotte limited Marshall to 325 yards and recovered a fumble but could only manage 185 yards.

The 49ers air game was hit or miss with quarterback Evan Shirreffs hitting 8-18 for 74 yards while running eight times for a loss of nine yards and a score.

Benny LeMay was the only Charlotte runner of note with 70 yards on 14 totes while Rico Arnold was the only 49ers receiver to catch more then one pass with 49 yards on four receptions.