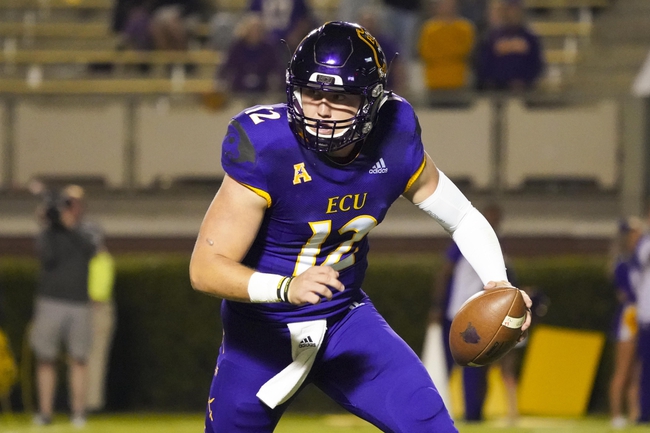 The UConn Huskies could use a victory here that would snap a seven-game losing streak. The UConn Huskies have lost all five road games this season. David Pindell is completing 59.8 percent of his passes for 1,717 yards, 15 touchdowns and nine interceptions. Pindell and Marvin Washington have combined for 16 touchdown passes and 12 interceptions this season. Kyle Buss and Aaron McLean have combined for 821 receiving yards and five touchdowns while Hergy Mayala has 31 receptions. The UConn Huskies ground game is averaging 219 yards per contest, and Pindell leads the way with 1,115 yards and 10 touchdowns. Defensively, UConn is allowing 49.3 points and 623.6 yards per game. Tyler Coyle leads the UConn Huskies with 89 tackles, Darrian Beavers has four sacks and Oneil Robinson has one interception.

The UConn Huskies are downright awful on the defensive end, but they're coming off one of their best offensive performances in quite some time and Pindell seems to be getting more comfortable each week. The East Carolina Pirates have just one victory since the meeting against Virginia Tech was canceled, and they've been held to 20 or less points in five of their last seven games. The UConn Huskies have failed to cover six of their last nine games when an underdog of at least 14 points. The East Carolina Pirates have split their last six games ATS when a favorite of at least 14 points. Last years meeting was decided by just three points. The bottom line is I'm not looking to lay a big number with a bad football team, especially against another bad football team. Laying chalk with either side makes no sense to me. So, give me UConn and the points if forced to pick.