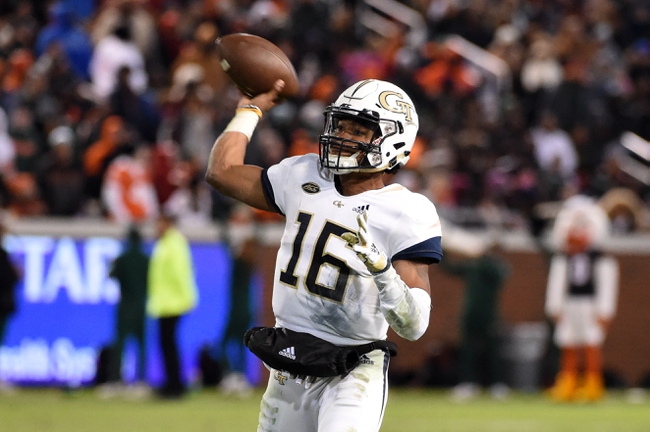 Virginia enters this one at 7-3 on the year. The Cavs’ losses have come to Indiana, NC State and Pitt but otherwise they’ve taken out Richmond, Ohio, Louisville, Miami (FL), Duke, UNC and Liberty.

In the Liberty game, Virginia QB Bryce Perkins put up 168 yards, two TDs and a pick while also adding 89 yards and two scores on the ground. Tops in receiving was Olamide Zaccheaus with 86 yards on seven grabs.

Over on the Georgia Tech side, they’re sitting at 6-4 this year. The Jackets have fallen to South Florida, Pitt, Clemson and Duke but taken out Alcorn State, Bowling Green, Louisville, Virginia Tech, UNC and Miami FL this season.

In the Hurricanes game, GT QB TaQuon Marshall put up 73 yards and a TD through the air with 92 yards and two scores on the ground. Jalen Carp caught two passes for 42 yards to lead the Jackets receivers.

Aside from a 10-point loss to a good Pitt team, Virginia has been taking care of business over their last five games, going 4-1 in that span. The Cavs do have a few relative scoreboard duds on the year however, so it’s a little worrisome.

As for Georgia Tech, I say it every week: you know what they’re going to do, it’s just a matter of being able to stop it or not. The Jackets have been rolling along quite well since that Duke game, so I’m going to take GT to cover.