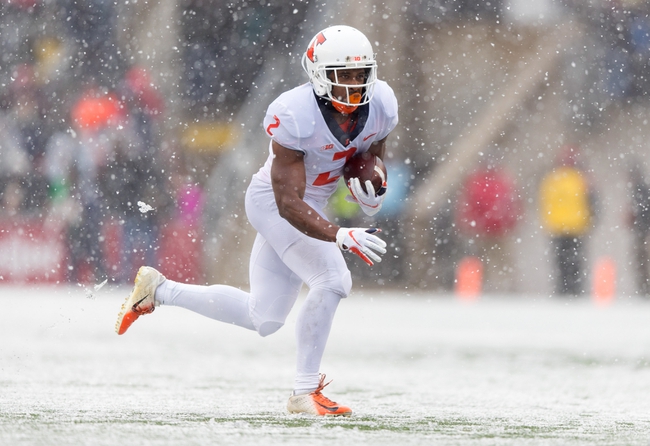 The Iowa Hawkeyes look for a victory to get back on track while snapping a three-game losing streak. The Iowa Hawkeyes have split their last four road games. Nate Stanley is completing 58.4 percent of his passes for 2,308 yards, 18 touchdowns and eight interceptions. Stanley has one or less touchdown passes in six of his last 10 games. T.J. Hockenson and Noah Fant have combined for 1,068 receiving yards and 10 touchdowns while Nick Easley has 39 receptions. The Iowa Hawkeyes ground game is averaging 147.5 yards per contest, and Toren Young leads the way with 480 yards and two touchdowns. Defensively, Iowa is allowing 18.1 points and 285.9 yards per game. Jake Gervase leads the Iowa Hawkeyes with 65 tackles, A.J. Epenesa has seven sacks and Geno Stone has four interceptions.

The Iowa Hawkeyes are riding a rough three-game losing streak, but those losses have come by an average of four points. The Illinois Fighting Illini have won just two games since the month of October and have given up 46 or more points in five of their last seven games. The Iowa Hawkeyes have failed to cover six of their last nine games when favored by at least 14 points. The Illinois Fighting Illini have failed to cover their last four games when an underdog of at least 14 points. I tried to make a case for Illinois and the points here, as I don't like laying big chalk with teams struggling to win or teams in a funk. However, five of the six losses for the Fighting Illini have been blowout losses, so if you think Iowa wins here, you probably should eat the chalk. Iowa should be able to get the job done.