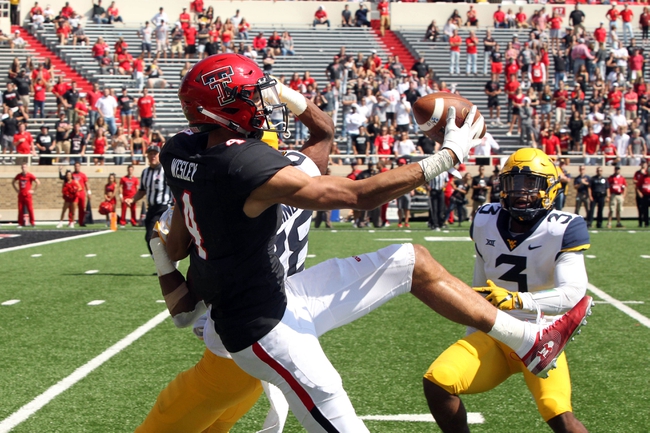 The Texas Tech Red Raiders lost their 3rd straight game and dropped to 5-5 (3-4 Big 12) on the season after being defeated by the 19th ranked Texas Longhorns, 41-34, this past Saturday. Texas Tech fought back from a 27-10 deficit entering the 4th quarter to tie it at 27-all, however, the Red Raiders couldn’t secure the come from behind victory after the Longhorns took the lead for good with a 29-yd TD pass by Sam Ehlinger with just :21 seconds left in regulation. Texas Tech outgained Texas by a 595-469 margin however, lost the turnover battle by a 3-0 margin. Leading the way for the Red Raiders was Jett Duffey who completed 37 of 47 passes for 444 yards, 4 TD, & 1 INT while also adding 80 yards on the ground.

The Kansas State Wildcats snapped their 2-game losing streak and improved to 4-6 (2-5 Big 12) on the season after defeating the Kansas Jayhawks, 21-17, this past Saturday. Kansas State has all they could handle from their in-state rivals as they trailed late in the 4th quarter, however, the Wildcats were able to avoid the upset after a 21-yd rushing TD by Alex Delton gave the Wildcats the lead for good with 2:46 left in regulation. Kansas State was outgained by Kansas by a 347-301 margin however, lost the turnover battle by a 2-0 margin. Leading the way for the Wildcats was  RB Alex Barnes who had 117 rushing yards & 2 TD on 22 carries.

It’s been a lost season for Kansas State as although their defense has been decent, their offense just can’t put up points as they come into this game ranked just 120th in scoring offense. Texas Tech might have lost three straight however, they were very competitive in games vs. Iowa State, Oklahoma, & Texas and as I just don’t see the Red Raiders having trouble against a Wildcats team that almost lost to Kansas, I’m taking Texas Tech to cover this road spread.