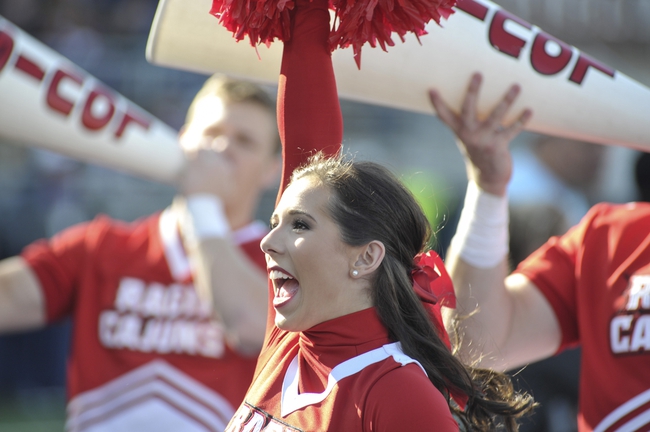 The Louisiana Ragin’ Cajuns and the South Alabama Jaguars face off in week 12 college football action on Saturday from Cajun Field.

South Alabama is sitting at 2-8 on the year. Aside from wins over Texas State and Alabama State, the Jags have fallen to LA Tech, OK State, memphis, App State, GA Southern, Troy, Arkansas State and LA-Monroe.

In the LA-Monroe game, South Alabama QB Cole Garvin posted 95 pass yards, and Tra Minter led the rush on 61 yards. Jordan McCray was the high man in the receiving game for the Jaguars with 45 yards and a score from three catches.

Over on the Louisiana side, they’re currently 5-5 this season. The Cajuns have lost to MS State, Coastal Carolina, Alabama, App State and Troy but taken out Grambling St., Texas State, NM State, Arkansas State and Georgia State.

In the Panthers game, Louisiana QB Andre Nunez put up 141 yards and a TD, and Raymond Calais was the lead rusher with 186 yards and three scores. Tops in receiving for the Cajuns was Raheem Malone with 54 yards and a TD from two catches.

Since their 45-7 drubbing of Alabama State, the Jaguars have lost three straight games, scoring 17 or fewer points in each while giving up exactly 38 points in each.

As for Louisiana, they’ve been up and down in their last four, scoring a total of 33 points in two and 83 in the other two.

All things considered, I think Louisiana has the advantage here so I’ll probably go with them to cover.