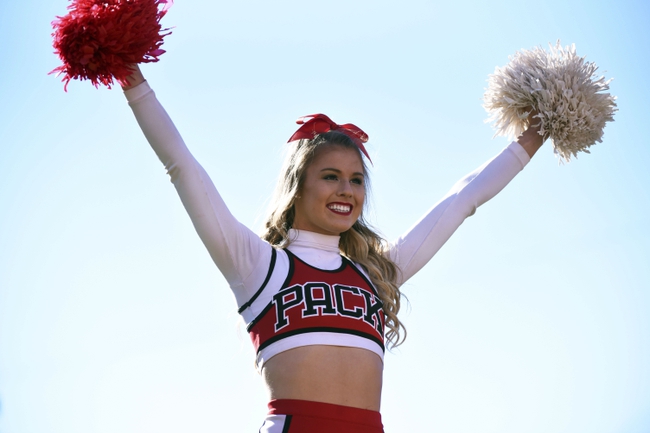 NC State comes into this one at 6-3 overall. The Wolfpack has taken out James Madison, Georgia State, Marshall, Virginia, boston College and Florida State but fallen to Clemson, Syracuse and Wake Forest.

In the Deacons game, NC State QB Ryan Finley logged 374 yards, one TD and one INT, and Reggie Gallaspy led the rush on 36 yards. Kelvin Harmon was the top receiver for the Wolfpack on 134 yards from 15 grabs.

Over on the Louisville side, they’re 2-8 this year. Aside from beating Indiana State and Western KY, the Cardinals have fallen to Alabama, Virginia, Florida State, Georgia Tech, Boston College, Wake Forest, Clemson and Syracuse.

In the Orange game, Louisville QB Jawon Pass put up 196 yards, a TD and a pick, while also leading the rush with 80 yards. Dez Fitzpatrick led the Louisville receivers on 56 yards and a TD from two catches.

NC State had a good two-game run going, playing Syracuse tough and then taking out Florida State before they were upset by a plucky Wake Forest. The good news is that NC State has been scoring reasonably well over their last several outings (not including the Clemson game).

As for Louisville, they can’t catch much of a break these days, and they’ve been getting pummeled in this conference schedule.

I think NC State bounces back here with a good outing so I’ll take them to cover.