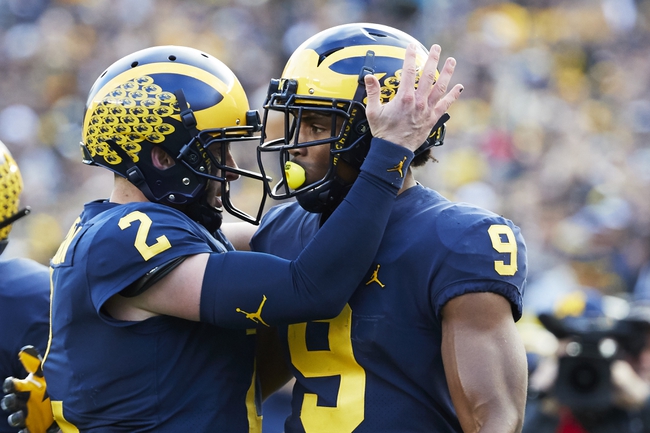 The Indiana Hoosiers can become bowl eligible for the third time in the last four years with a big road win here. The Indiana Hoosiers have split their last four road games. Peyton Ramsey is completing 67.3 percent of his passes for 2,335 yards, 17 touchdowns and 11 interceptions. Ramsey has two or more touchdown passes in seven of his last 11 games. Donavan Hale and Nick Westbrook have combined for 806 receiving yards and nine touchdowns while Ty Fryfogle has 26 receptions. The Indiana Hoosiers ground game is averaging 155.6 yards per contest, and Stevie Scott leads the way with 894 yards and eight touchdowns. Defensively, Indiana is allowing 30 points and 413.8 yards per game. Jonathan Crawford leads the Indiana Hoosiers with 55 tackles, Marcelino Ball has 2.5 sacks and Bryant Fitzgerald has three interceptions.

The Indiana Hoosiers have been hit or miss all season long, but three of their five losses this season have been decided by 14 or less points. The Michigan Wolverines seem to be getting better each week, and they're outscoring teams by 35 points in their last two games. The Indiana Hoosiers have covered six straight games as an underdog of at least 21 points. The Michigan Wolverines have failed to cover seven of their last eight games as a favorite of at least 21 points. Usually I'm on the side of the points with Indiana, but the Michigan Wolverines are getting more and more consistent on offense and the defense remains the best in college football, allowing no less than 21 points in their last nine games. With Ohio State on deck, Michigan will want to keep that edge. The Indiana Hoosiers just doesn't have it in them to put a dent in this defense, especially on the road. I'll take the Wolverines in a beatdown.