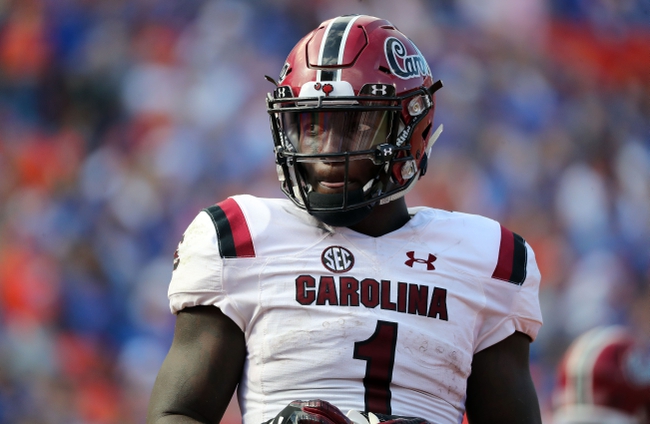 The Chattanooga Mocs and the South Carolina Gamecocks meet in week 12 college football action from Williams-Brice Stadium on Saturday night.

The Chattanooga Mocs will look to notch a big road win after falling to 6-4 with back-to-back losses following a 13-9 defeat at the hands of Mercer in their last outing. Nick Tiano threw for 189 yards on 21 of 33 passing while Alex Trotter led the Mocs in rushing with 11 carries for 96 yards. Bryce Nunnelly added 6 grabs for a team-high 91 yards while Wil Young caught a team-high 7 passes for 72 yards in the losing effort. As a team, Chattanooga is averaging 22.7 points per game and 348.4 yards of total offense per game this season.

The South Carolina Gamecocks will look to bounce back after letting one get away in a 35-31 loss to Florida in their last outing. Jake Bentley has thrown for 1,905 yards, 15 touchdowns and 9 interceptions on 62.6% passing, while Rico Dowdle has rushed for a team-high 503 yards and 4 touchdowns. Ty’Son Williams added 319 rushing yards and 4 TDs of his own, while Bryan Edwards leads South Carolina’s receiving corps with 590 yards and 6 touchdowns. Deebo Samuel has caught a team-high 43 passes for 527 yards and 5 touchdowns on the year. As a team, South Carolina is averaging 411.4 yards of total offense and 31 points per game this season.

The Gamecocks have to be kicking themselves after letting one get away against Florida, and one has to wonder if the Gamecocks will be up for this one against a Chattanooga squad that has nothing to lose here. The Mocs have also been in a lot of tight games lately, with 6 of their 10 games being decided by single digits. However, South Carolina can't afford to look past anyone right now, and Chattanooga has had issues putting points on the board against FCS opposition, so I'll side with South Carolina to put the Mocs away and cover in the process here.