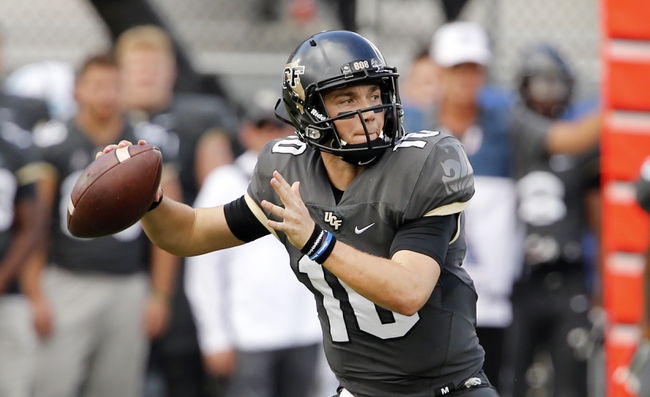 The UCF Knights look for their 10th victory of the season while remaining in the college football playoff conversation. The UCF Knights haven’t lost a home game since December of 2016. McKenzie Milton is completing 60.2 percent of his passes for 2,309 yards, 21 touchdowns and five interceptions. Milton has two or more touchdown passes in 12 of his last 15 games. Gabriel Davis and Tre Nixon have combined for 1,018 receiving yards and eight touchdowns while Dredrick Snelson has 32 receptions. The UCF Knights ground game is averaging 271.4 yards per contest, and Greg McCrae leads the way with 673 yards and four touchdowns. Defensively, UCF is allowing 21.2 points and 423.6 yards per game. Richie Grant leads the UCF Knights with 81 tackles, Brendon Hayes has three sacks and Nevelle Clarke has two interceptions.

The Cincinnati Bearcats have been one of the more consistent teams in the AAC, and they're outscoring teams by an average of 20 points during their three-game winning streak. The UCF Knights winning streak is well documented and eight of their nine victories have come by double digits. The Cincinnati Bearcats have failed to cover nine of their last 12 games when an underdog of at least seven points. The UCF Knights have covered seven of their last 10 games when a favorite of at least seven points. The Cincinnati Bearcats are capable of winning this game, as they've been solid on both sides all year and their only loss was in overtime to a hot Temple team. However, the UCF Knights have been kind to us bettors during this winning stretch, and this is a chance for them to prove themselves to the playoff committee with this game being primetime on national TV. I'll back the trends here and take the UCF Knights to win by a touchdown.