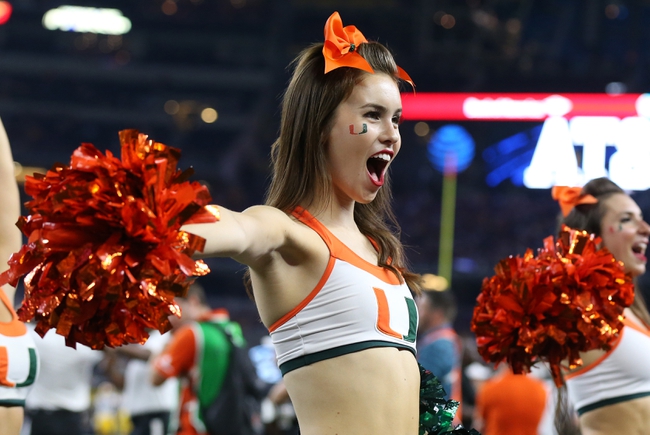 The Miami Hurricanes and the Virginia Tech Hokies meet in week 12 college football action on Saturday at Lane Stadium.

Miami is sitting at 5-5 on the year. The Hurricanes have taken out Savannah State, Toledo, FIU, UNC and Florida State this year but fallen to LSU, Virginia, Boston College, Duke and Georgia Tech.

In the GT game, Miami QB N’Kosi Perry put up 165 yards, while Cam’ron Davis led the rush on 48 yards and a score from six totes. Jeff Thomas was the high Hurricane receiver with 84 yards on six grabs.

Over on the Virginia Tech side, they’re 4-5 this season. The Hokies’ wins have come against Florida State, William & Mary, Duke and UNC, and they’ve lost to Old Dominion, Notre Dame, Georgia Tech, Boston College and Pittsburgh.

In the Pitt game, VA Tech QB Ryan Willis put up 231 yards and three scores, and also led the rush on 65 yards from 16 carries. Eric Kumah was the top receiver for the Hokies there with six catches for 80 yards and a TD.

Miami is currently riding a four-game losing streak, as they seem to have sputtered shortly after beginning conference play. In three of those four games, the Hurricanes have put up 14 points or fewer.

I feel like this game is pretty equally matched overall, but both teams are ice cold ATS lately. I’m a little more comfortable with the talent level and capabilities of Miami, but otherwise staying away.