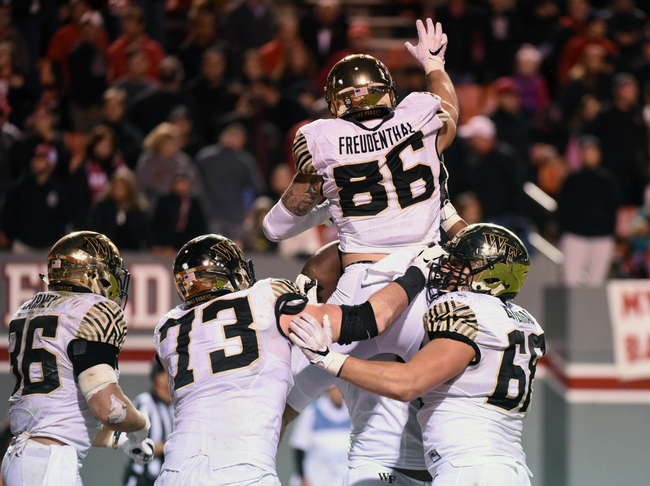 Pitt enters this game with a 6-4 record overall. The Panthers have fallen to Penn State, UNC, UCF and Notre Dame this year but taken out Albany, Georgia Tech, Syracuse, Duke, Virginia and Virginia Tech.

In the VT game, Pitt QB Kenny Pickett logged 162 yards and a TD, and Qadree Ollison went off for 235 yards and three scores off 16 carries. Maurice French led the Panthers receivers with 83 yards and a TD on two grabs.

Over on the Wake Forest side, they’re 5-5 this year. The Deacons’ losses have come against Boston College, Notre Dame, Clemson, Florida State and Syracuse but they’ve taken out Tulane, Towson, Rice, Louisville and NC State.

In the NC State game, Wake QB Jamie Newman put up 297 yards and three scores, while Cade Carney led the rush on 68 yards. Sage Surratt was the top receiver for the Deacons on 109 yards and eight catches.

Pitt put on an offensive clinic in the Virginia Tech game, and they’re now sitting on a three-game win streak. The Panthers have actually looked quite good over their last five games, in sharp contrast to the shaky nature of their first five.

Wake won’t just roll over though, especially after taking out NC State, so this should be a pretty darn good game. In the end however, I think Pitt has a slight edge in what should be a fun one to watch.