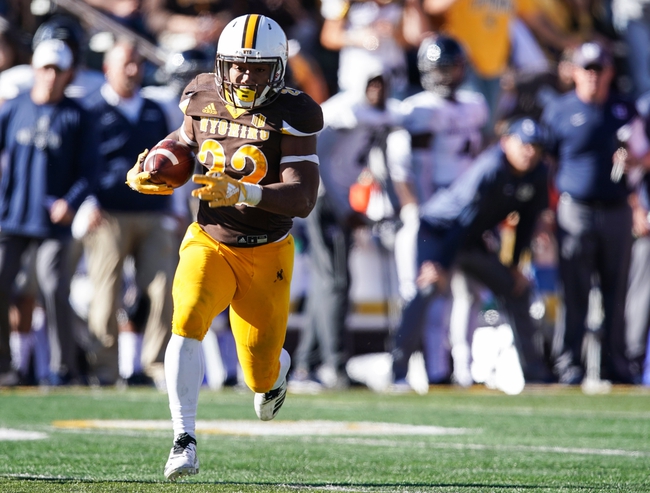 The Air Force Falcons and the Wyoming Cowboys match up in week 12 college football action Saturday at War Memorial Stadium.

Air Force comes into this game at 4-6 on the season. The Falcons have fallen to FL Atlantic, Utah State, Nevada, San Diego State, Boise State and Army but otherwise taken out Stony Brook, Navy, UNLV and New Mexico.

In the New Mexico game, Air Force QB Donald Hammond put up 145 yards and two scores, while also leading the rush on 136 yards and a TD from 19 carries. Tops in receiving for the Falcons was Marcus Bennett with 54 yards on one grab.

Over on the Wyoming side, they’re 4-6 this year as well. The Cowboys have lost to Washington State, Missouri, Boise State, Hawaii, Fresno State and Utah State while beating NM State, Wofford, CO State and San Jose State.

In the Spartans game, Wyoming QB Sean Chambers put up 51 yards and a TD, while Nico Evans led the rush on 187 yards and a score. Austin Fort had two catches for 28 yards and a TD to lead the Cowboys receivers.

For the most part, Air Force has been pretty consistent when it comes to scoring lately, with at least 38 in three of their last four games, but they’re giving up a lot on the other side which can negate that in a hurry.

As for Wyoming, they’ve been on a pretty good two-game run but prior to that they weren’t moving the ball very well and put some real stinkers on the stat sheet. I’m going to go with Air Force to get the cover here. Regardless, it’ll probably be a run-heavy, low-scoring affair.