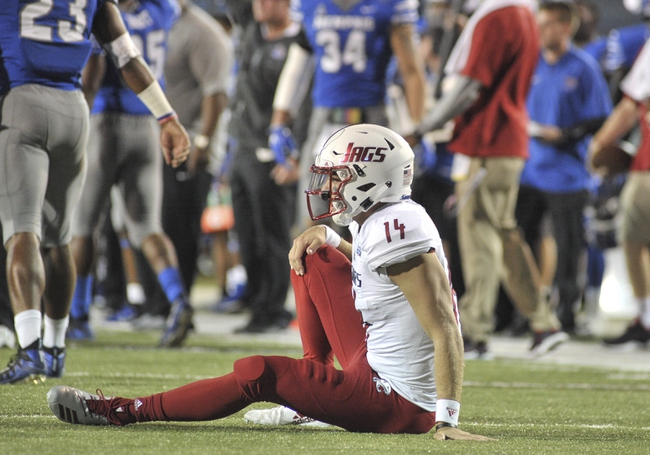 The Coastal Carolina Chanticleers and the South Alabama Jaguars will be meeting up on the college football circuit Friday from Ladd-Peebles Stadium.

Coastal Carolina comes into this one at 5-6 on the year. The Chanticleers have beaten UAB, Campbell, Louisiana, UMass and Georgia State this year while falling to South Carolina, Troy, LA-Monroe, App State Arkansas State and GA Southern.

In the 41-17 Eagles loss, Coastal QB Fred Payton put up 89 yards with a TD, and Torrance Marable had 45 yards on 12 carries. Leading the receivers for the Chanticleers was Ky’Jon Tyler with 38 yards from two catches.

In the Cajuns game, South Alabama QB Cole Garvin put up 254 yards with two TDs and a pick, with Tra Minter leading the rush on 87 yards and a score. Kawaan Baker was the top USA receiver on 80 yards and a TD from four catches.

Coastal Carolina is sitting on a three-game losing streak, and the results there have been pretty lopsided. In those games, the Chanticleers have scored just 40 points and allowed 108 on the other side.

As for USA, they’ve lost four in a row and aren’t scoring very well either, but they did put up 38 on Louisiana.

There’s not a ton of intrigue here, but I’ll go with South Alabama for the cover.