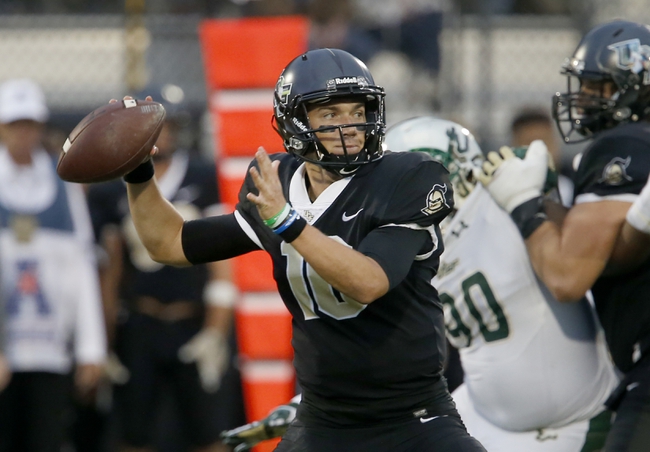 The UCF Knights look for their 11th victory of the season while remaining in the college football playoff conversation. The UCF Knights haven’t lost a home game since November of 2016. McKenzie Milton is completing 59.5 percent of his passes for 2,577 yards, 24 touchdowns and five interceptions. Milton has two or more touchdown passes in 13 of his last 16 games. Gabriel Davis and Tre Nixon have combined for 1,116 receiving yards and nine touchdowns while Dredrick Snelson has 35 receptions. The UCF Knights ground game is averaging 257.7 yards per contest, and Greg McCrae leads the way with 714 yards and five touchdowns. Defensively, UCF is allowing 20.4 points and 419.1 yards per game. Richie Grant leads the UCF Knights with 93 tackles, Titus Davis has six sacks and Nevelle Clarke has two interceptions.

The UCF Knights continue to be the most consistent team in college football and all but one of their 10 victories have been decided by double digits. The South Florida Bulls aren't getting much from their quarterback play and are being outscored by 17.25 points during this four-game losing streak. The UCF Knights have covered six of their last eight games as a double-digit favorite. The South Florida Bulls have covered 10 of their last 13 games as a double-digit underdog. I get this is a rivarly and is pretty much the Super Bowl for USF, but the South Florida Bulls are not consistent enough offensively to compete with UCF. The UCF Knights have been rolling both SU and ATS all season long and there's no point to jump off that money train now.