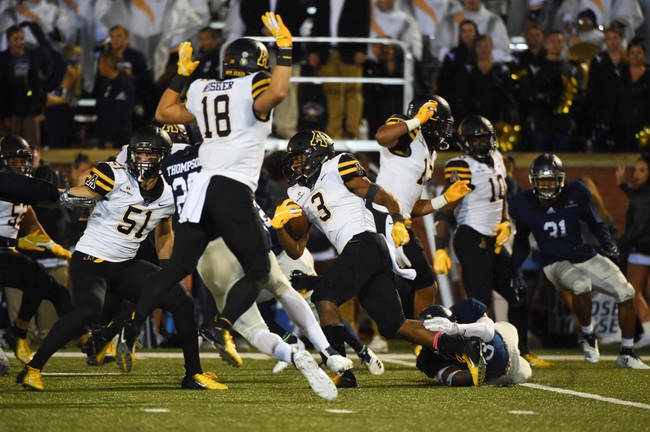 The Troy Trojans and the Appalachian State Mountaineers will be meeting up on the college football field Saturday from Kidd Brewer Stadium.

Troy enters this one at 9-2 on the season so far. The Trojans have fallen to Boise State and Liberty but otherwise taken out Florida A&M, Nebraska, LA-Monroe, Coastal Carolina, Georgia State, USA, Louisiana, GA Southern and Texas State.

In the 12-7 win over Texas State, Troy QB Sawyer Smith put up 79 yards on 13 completions, while BJ Smith had 94 yards on 24 carries. Sidney Davis was the high man in the receiving game with his 43 yards on five grabs.

Over on the App State side, they’re sitting at 8-2 this season. The Mountaineers have fallen to Penn State and GA Southern this year but also taken out Charlotte, Gardner-Webb, USA, Arkansas State, Louisiana, Coastal Carolina, Texas State and Georgia State.

In the Georgia State game, Mountaineers QB Zac Thomas had 282 yards and three scores, and Darrynton Evans posted 127 rush yards with one TD. Corey Sutton was the lead receiver for App State with 101 yards and a TD on four grabs.

Troy had been on a pretty solid scoring run before that Texas State game, which ended up being a pretty weird one—but still a win nonetheless. As for App State, they’re on a nice offensive run themselves with 23 points one each of their last three.

I like the Mountaineers to take the cover here in a good game.