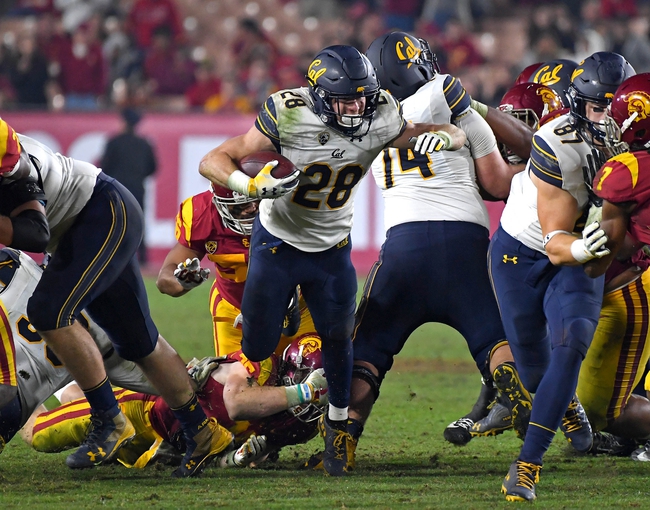 The Colorado Buffaloes will travel to Memorial Stadium (Berkeley, CA) to take on the California Golden Bears this Saturday night in College Football action.

The Colorado Buffaloes lost their 6th straight game and dropped to 5-6 (2-6 Pac-12) on the season after being defeated by the Utah Utes, 30-7, this past Saturday. Colorado went into halftime tied at 7-all agianst the Utah, however, the Buffaloes struggled on both ends of the field in the 2nd half and couldn’t fight back after Utah took a 24-7 lead with just :50 seconds left in regulation. Colorado was outgained by a 390-196 margin and lost the turnover battle by a 3-0 margin. Leading the way for the Buffaloes was Laviska Shenault Jr. who had 9 receptions for 64 yards.

The California Golden Bears improved to 6-4 (3-4 Pac-12) on the season after defeating the UCS Trojans, 15-14, on November 10th. California was down by a 14-0 margin at halftime, however, scored 15 unanswered points in the 3rd quarter to take the lead and the defensive came up big in the 4th quarter, allowing the Golden Bears to snap their 14-game losing streak to USC. California was outgained by USC by a 277-207 margin however, won the turnover battle by a 2-1 margin. Leading the way for the Golden Bears was Patrick Laird who has 71 rushing yards on 19 carries.

It’s been a tough 2nd half of the season for the Buffaloes as after starting the year 5-0 and cracking the Top-25 rankings, it’s been a tail spin for the Buffaloes since which cost their head coach, Mike MacIntyre his job. Colorado has a great weapon on the offensive end in Laviska Shenault Jr. however, the Buffaloes have really struggled as of late, scoring just 14 points over the past two weeks. California had last week off due to their game being postponed due to the California wildfires but still should be riding the momentum of their win agianst USC and have know won 3 of their last 4 games. Colorado has struggled on the road this season and as I just don’t see how their offense gets it going agianst an underrated California defense, I’m taking the Golden Bears to cover this spread.