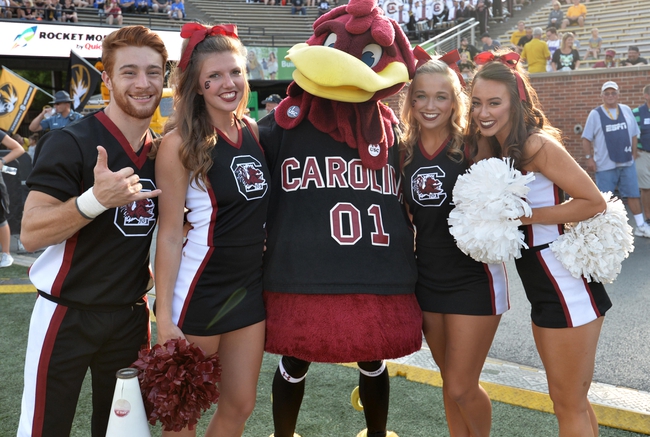 The South Carolina Gamecocks and the Clemson Tigers on Saturday in college football action at Clemson Memorial Stadium.

South Carolina enters this one at 6-4 on the year so far. The Gamecocks have taken out Coastal Carolina, Vanderbilt, Missouri, Tennessee, Mississippi and Chattanooga this season.

In the Chattanooga game, SC quarterback Jake Bentley put up 339 yards and four touchdowns, while Deshaun Fenwick held down the rush on 112 yards and a score. Tops in receiving for the Gamecocks was Deebo Samuel with 112 yards and a TD from five catches.

Over on the Clemson side, they’re undefeated at 11-0 so far. The Tigers have dispatched Furman, Texas A&M, GA Southern, GT, Syracuse, Wake, NC State, Florida State, Louisville, BC and Duke this year.

In the Blue Devils game, Clemson QB Trevor Lawrence managed 251 yards and two scores, while Travis Etienne provided 81 yards and two TDs on the ground. Leading the Tigers receivers was Justyn Ross with 76 yards and a score on four catches.

South Carolina has looked pretty solid over these last several games offensively, but they’re still not winning games by a whole lot—aside from the 49-9 beatdown of Chattanooga.

As for Clemson, they’ve been steamrolling through teams and don’t really have a whole lot of weaknesses on either side.

I’m going to stick with the Tigers for a cover here.