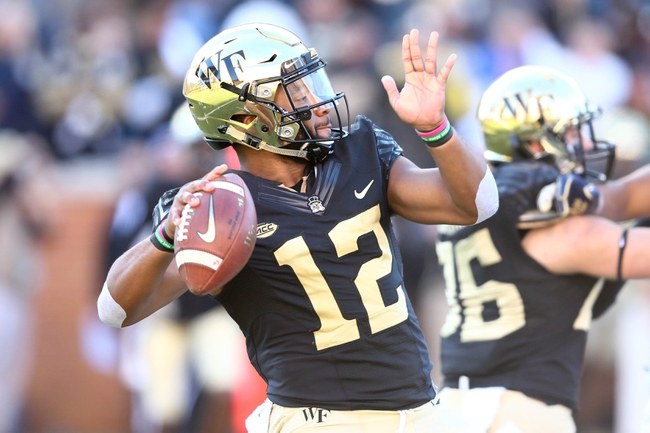 The Wake Forest Demon Deacons and the Duke Blue Devils will be meeting up in college football activity Saturday from Wallace Wade Stadium.

Wake Forest sputters into this one at 5-6 on the year. The Deacons have thus far beaten Tulane, Towson, Rice, Louisville and NC State but dropped to Boston College, Notre Dame, Clemson, Florida State, Syracuse and Pitt.

In the Panthers game, Wake Forest QB Jamie Newman put up 206 yards, one TD and two picks, and Cade Carney logged 62 yards on the ground. Sage Surratt was the top receiver for the Deacons on 67 yards from three grabs.

Over on the Duke side, they’re 7-4 this season. The Devils have beaten Army, Northwestern, Baylor, NC Central, GT, Miami FL and UNC while falling to VT, Virginia, Pitt and Clemson.

In the Tigers game, Duke QB Daniel Jones had 158 yards passing and Deon Jackson led the rush with 51 yards on 11 carries. Daniel Helm was the lead Duke receiver on his 56 yards from three catches.

Wake has been a pretty frustrating team this year, as they’ve got a few solid wins as well as a few head-scratching losses. Lately though, the Deacons haven’t really been close in most of their defeats.

As for Duke, they’ve had some tough match-ups lately but aren’t doing themselves any favors by surrendering boatloads of points against teams they really should contain better.

This one’s kind of a toss-up but I like Wake to eke out a cover here.