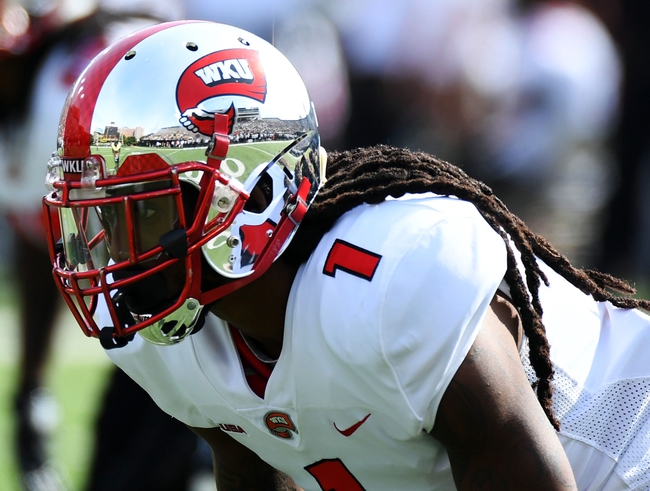 The Western Kentucky Hilltoppers and the Louisiana Tech Bulldogs on Saturday in college football action at Joe Aillet Stadium.

In the Miners game, WKU quarterback Steven Duncan put up 214 yards, two TDs and a pick, while D’Andre Ferby logged 69 yards with two TDs on the ground. Leading the receivers for the Toppers was Quin Jernighan with 82 yards and a score on seven catches.

Over on the LA Tech side, they’re 7-4 on the season. The Bulldogs have beaten USA, Southern, North Texas, UTSA, UTEP, FL Atlantic and Rice this year bur fallen to LSU, UAB, MS State and Southern Miss.

In that last game, LA Tech QB J’mar Smith had 243 yards and a TD, and Israel Tucker provided 24 yards to lead the meager rush. Adrian Hardy was the top Bulldogs receiver with a nice 11 catches for 110 yards and a score.

Meanwhile, the Bulldogs are 9-3 ATS versus a team with a losing record and 2-6 ATS in their last eight home games. The under is 4-0 in LA Tech’s last four overall and 4-0 in their last four in November.

The Hilltoppers’ win over UTEP was probably their most complete game of the season, and it broke a string of scoring 17 points or fewer over a three-game span.

As for LA Tech, they really should have taken out Southern Miss, but whiffed on the opportunity and will have to live with that for a while.

I think the Bulldogs will pull it back together and slam out a cover here.