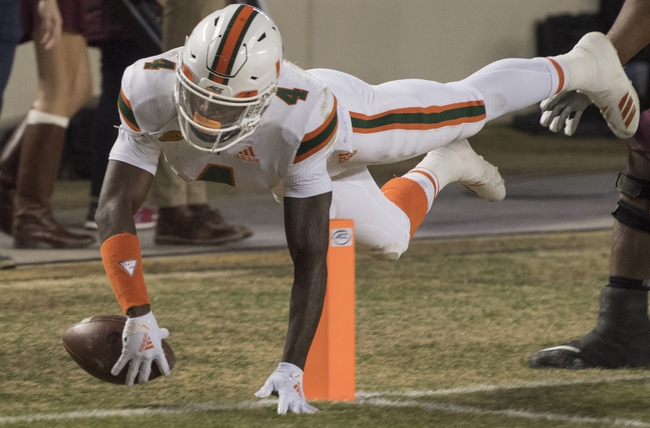 The Pittsburgh Panthers and the Miami Hurricanes will be meeting up on the college football gridiron Saturday from Hard Rock Stadium.

Pittsburgh enters this one at 7-4 on the year. The Panthers have fallen to Penn State, UNC, UCF and Notre Dame this year but taken out Albany, GT, Syracuse, Duke, Virginia, VT and Wake Forest.

In the Deacons game, Pitt QB Kenny Pickett put up 316 yards and three scores, while Qadree Ollison led the rush on 52 yards. Tops in receiving was Taysir Mack with 105 yards and a TD on three receptions.

Over on the Miami side, they’re 6-5 this year. The Hurricanes’ losses have come to LSU, Virginia, Boston College, Duke and GT, but they’ve beaten Savannah St., Toledo, FIU, UNC, Florida State and Virginia Tech.

In the VT game, Miami QB N’Kosi Perry put up 171 yards and two TDs while Cam’ron Davis managed 77 yards and one TD on the ground. Lawrence Cager was the leading receiver with his one 33-yard catch.

Pitt has been a very strong team for most of the year—outside of a couple of duds against UNC and Penn State, but that seems like forever ago now. The Panthers have put up at least 34 points in three of their last four, and 23 in the other.

As for Miami, they skidded into that VT game but performed pretty well in the win—the Hokies aren’t a great team, but still.

I’m going to stick with the Panthers to keep rolling and cover in an outright win here.