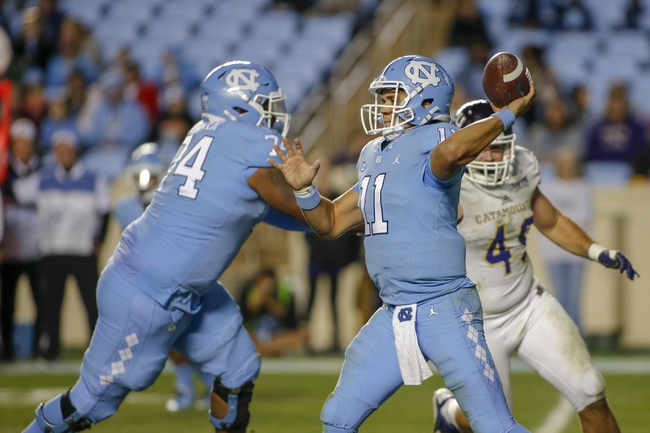 In the Cardinals game, NC State QB Ryan Finley put up 316 yards with four TDs, and Reggie Gallaspy added 73 rush yards with two scores. Kelvin Harmon hit the century mark in receiving with 100 yards and a score off seven grabs.

Over on the North Carolina side, they’re sitting at 2-8 on the season. The Heels have gotten victories over Pitt and WCU this year, but been taken out by Cal, ECU, Miami FL, Virginia Tech, Syracuse, Virginia, GT and Duke.

In the WCU win, North Carolina QB Nathan Elliott managed 308 yards with two TDs and two picks, and Javonte Williams rushed for three scores and 93 yards. Anthony Ratliff-Williams led the receivers for the Tar Heels on 84 yards from four catches.

NC State’s pass game was cooking against the Cardinals, with three guys hauling in at least seven catches. It marks a continuation of solid play for the Wolfpack, who have a loss to Wake as their lone real blemish.

As for North Carolina, they’ve been scoring pretty well over their last several games but are just getting roughed up on the other side.

I’m going with the hot hand in NC State here.