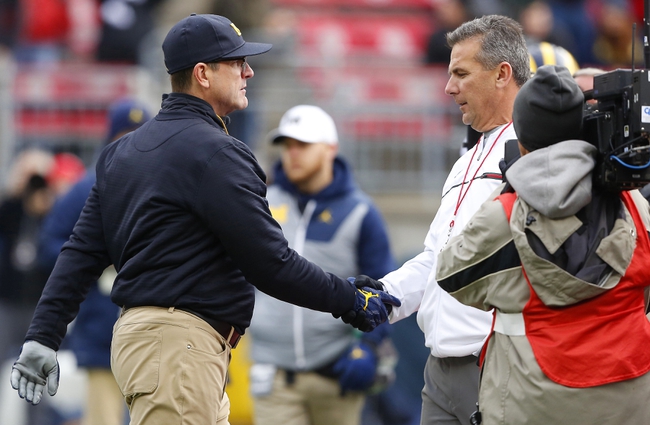 The Michigan Wolverines have allowed some teams to hang around, but they've won 10 straight games and each of their last six wins have come by double digits. The Ohio State Buckeyes honestly should have lost last week to the Maryland Terrapins as 17-point favorites, and my theory of them not being the same OSU team since that loss to Purdue is holding true. The Michigan Wolverines have covered six of their last 10 games when a favorite of at least 10 points. The Ohio State Buckeyes have covered 12 straight games when an underdog of at least 10 points. The Ohio State Buckeyes are just not a good football team right now, as the defense gets gashed and the offense isn't as consistent as it should be this time of year. Michigan has the best defense in the country and the offense has gotten better in terms of yards and overall production. It's tough to turn down points with Ohio State given its success in the underdog role, but Michigan is the better team and it's not all that close. I'll lay the points with the road team.