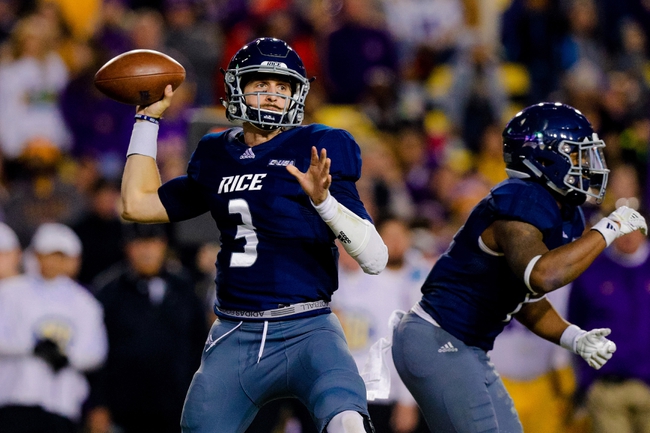 The Old Dominion Monarchs and the Rice Owls meet up in college football action Saturday at Rice Stadium.

ODU enters this one with a 4-7 record so far. The Monarchs have fallen to Liberty, FIU, Charlotte, East Carolina, FL Atlantic, Marshall and Middle Tennessee but taken out VT, WKU, North Texas and VMI.

Over on the Rice side, they’re 1-10 this season. The Owls’ lone win came way back on August 25 against Prairie View, and since then they’ve dropped every game, including a 42-10 defeat by LSU in their last outing.

In the Tigers game, Rice QB Shawn Stankavage put up 101 yards on seven completions, and Aston Walter had 72 yards rushing on 23 attempts. D Angelo Ellis was the lead Rice receiver with his 66 yards from three grabs.

ODU’s offensive explosion against the Keydets is more due to VMI being a bad team than it is anything else, but the Monarchs have put up at least 34 points in three of their last four games, so there’s that.

As for Rice, there’s not much of anything to get excited about or look forward to at this point aside from just getting the season over with. I’m going to stick with the Monarchs on a cover here.