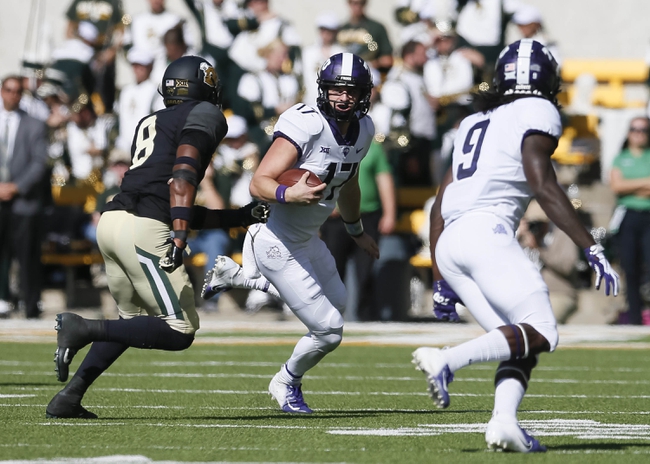 The Oklahoma State Cowboys will look to finish their regular season on a high note after losing 5 of their last 8 games, but took a step in the right direction with a 45-41 win over West Virginia in their last outing. Taylor Cornelius has thrown for 3,456 yards, 28 touchdowns and 10 interceptions on 61% passing while Justice Hill has rushed for 930 yards and 9 touchdowns and Chuba Hubbard has added 553 rushing yards and 5 rushing TDs this season. Tylan Wallace leads OK State with 75 catches for 1,334 yards and 11 touchdowns while Tyron Johnson has 672 receiving yards and 5 TDs and Dillon Stoner has 505 receiving yards this season. As a team, Oklahoma State is averaging 519.1 yards of total offense and 39.7 points per game this season.

The TCU Horned Frogs need a win here to secure bowl eligibility after losing 6 of their last 9 games but took a step to reverse their fortunes after a 16-9 win over Baylor in their last outing. Michael Collins has thrown for 1,059 yards, 6 touchdowns and 2 interceptions on 56.4% passing this season while Darius Anderson leads TCU in rushing with 598 rushing yards and 3 touchdowns this season. Jalen Reagor leads TCU with 63 catches for 962 yards and 8 touchdowns while KaVontae Turpin has 410 receiving yards this season. As a team, TCU is averaging 370.2 yards of total offense and 24.1 points per game this season.

TCU has had to resort to starting their 3rd string quarterback for this game, and I'm not sure how much I like the Horned Frogs' chances in that respect. I don't know that TCU's ground attack is that dominant that it can carry the load for the Horned Frogs, and if the run game can't get going, I genuinely don't trust the Horned Frogs with their 3rd stringer slinging the football. I'll side with the team with less question marks and lay the points with Oklahoma State here.