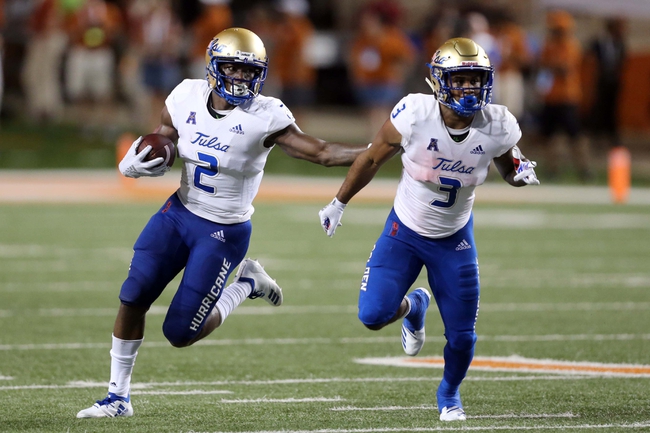 The SMU Mustangs have a chance to become bowl eligible for the sixth time in the last 10 years with a victory here. The SMU Mustangs have lost three of their last five road games. William Brown is completing 62.4 percent of his passes for 625 yards, seven touchdowns and one interception. Ben Hicks and William Brown have combined for 25 touchdown passes and six interceptions this season. James Proche and Reggie Roberson Jr. have combined for 1,780 receiving yards and 17 touchdowns while Braeden West has 33 receptions. The SMU Mustangs ground game is averaging 120.4 yards per contest, and West leads the way with 556 yards and six touchdowns. Defensively, SMU is allowing 36 points and 431.2 yards per game. Richard Moore leads the SMU Mustangs with 79 tackles, Delontae Scott has four sacks and Patrick Nelson has two interceptions.

The SMU Mustangs had their chances to beat the Memphis Tigers last week but came up just short due to poor quarterback play. The Tulsa Golden Hurricane have been getting blasted the last couple of weeks, but they've played their best ball at home, which includes two victories and three losses by nine or less points. The SMU Mustangs have failed to cover their last six games as a favorite of any kind. The Tulsa Golden Hurricane have failed to cover their last four games as an underdog of any kind. Some would say SMU has more to play for with a bowl bid on the line, but Tulsa will also be playing for 14 seniors in hopes of sending them off with a victory. I watched Ben Hicks throw the ball last week, and the guy is easily one of the worst passers in college football. I'm not backing that offense on the road. I'll take my points with Tulsa.