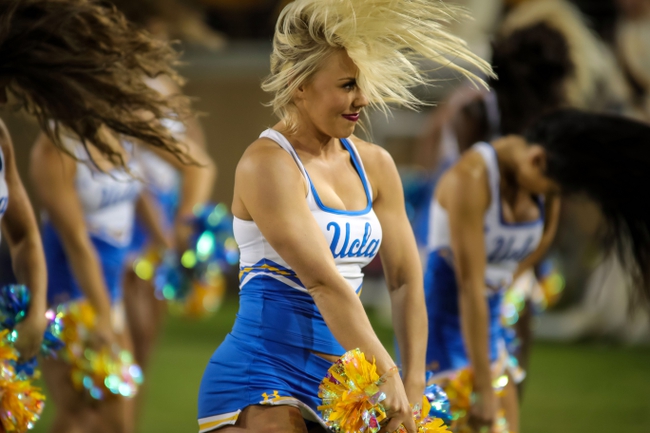 The Stanford Cardinal and the UCLA Bruins will be meeting up on the college football gridiron Saturday at Rose Bowl.

Stanford enters this game at 6-4 overall this year. The Cardinal have fallen to Notre Dame, Utah, Washington state and Washington so far, while taking out SDSU, USC, UC Davis, Oregon, AZ State and Oregon State.

In the Oregon State game, Stanford QB KJ Costello tossed four TDs and a pick with 342 pass yards, and Bryce Love provided 90 rush yards and a TD. Leading the receivers for the Cardinal was Colby Parkinson with 166 yards and four scores on six grabs.

Over on the UCLA side, they’re 3-8 on the season. The Bruins’ three wins have come against California, Arizona and USC, and they’ve otherwise fallen to Cincinnati, Oklahoma, Fresno State, Colorado, Washington, Utah, Oregon and Arizona State.

In the Trojans game, UCLA QB Wilton Speight put up 166 yards, one TD and one pick, and Joshua Kelley provided most of the offense on 289 rush yards with two TDs. Theo Howard was the top receiver for UCLA on 76 yards and a TD from five grabs.

Stanford had a tough run of games there in the middle of their season, but for the most part they played well and were competitive against some stout opponents.

As for UCLA, they’ve had some bad beats as well as some close ones, and on the whole they’re pretty unpredictable this year. I’m going to stick with Stanford here on the cover.